Night Market to kick off tonight with fireworks 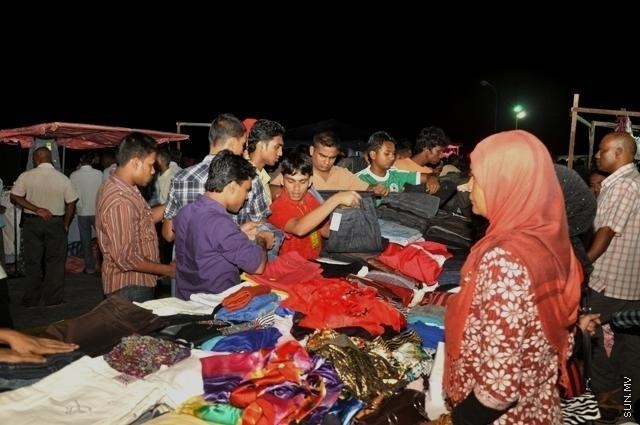 The organisers of the Night Market have said that unlike other years, this year’s Night Market will kick off tonight with fireworks and a record number of stalls.

The Night Market is held before Ramadan every year.

A total of 450 groups will be represented in the market this year.

Go Media said that the stalls have been arranged from Tuscaloosa all the way up to Tsunami Monument, and from Usfasgandu up to the petrol shed at the swimming track.

Ibrahim Amir said that numerous products will be sold at affordable prices by small and large companies, at this year’s market. He said that the market will also include four restaurants and a food court.

The Night Market, better known as ‘Ungulhey Bazaar’ due to the large crowd it lures, was previously organised by the Maldives Chamber of Commerce. Following differences in opinions between them and Male’ City Council, the City Council decided to commission the organisation of the market to a private group.