Fuvahmulah people could break record for most names for waves! 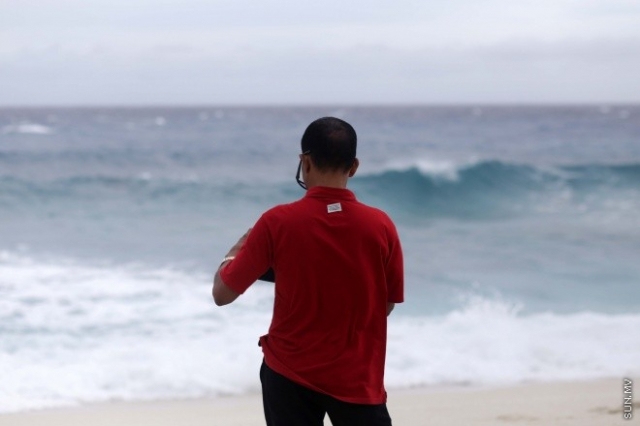 Fuvahmulah, unlike other Maldivian atolls, is a single island which lies alone in the middle of the ocean. The island is also the first Maldivian island to the south of the equator.

Fuvahmulah has just one and one quarter of miles of reef around the island – resulting in huge ocean waves battering the island unchecked. A wave is not just a wave to the people of Fuvahmulah, who assigned specific names to different types of waves (ralho) – based on their size and the current. This made it easier for the fishermen of the island in the olden days – as they knew just what to do when they heard the name of the type of wave they would be facing that day.

It is believed that the people of Fuvahmulah have the most number of names assigned to waves. Wide waves that fill one end of the channel through the reef to the other as they come are called ‘dhigi ralho’, when one part of the waves grow larger as they break, they are called ‘goh ralho’, and waves that go across the reef against the current are called ‘kathi ralho’.

Waves that produce more white foam than regular waves are called ‘hudhu ralho’. Waves that break at the point where ocean and lagoon meet are called ‘kalho ralho’. Meanwhile, waves that appear as if out of nowhere are called ‘vago ralho’. Such waves are seen only from certain locations in the island such as Dhadimago Fannu, Muli and Galgoani.

‘Ilaafathi ralho’ are waves that can be seen only from Thundi – a popular spot among surfers. Such waves come across the reef – same as ‘kathi ralho’ – but breaks on the beach itself.

It is believed that Fuvahmulah people named the different types of waves and evaluated the size of the waves in the olden days due to the dangers posed by waves. Such dangers include boats and ships capsizing – resulting in death of countless locals as well as visitors.

As Fuvahmulah has no reef around the island to protect it from waves, fishermen are left to the mercy of these waves.

The waves that posed such a danger to the people of Fuvahmulah have now become a source of revenue. The island is a popular surfing spot both among the local youth as well as tourists.

It is possible that the youth of today do not know the names of different types of waves as their lives aren’t as intricately connected to the waves as the lives of their ancestors.

Regardless, it is surely a matter of pride to the people of Fuvahmulah that they have so many names for waves in their dialect. This article alone mentions 18 names given to waves by the people of Fuvahmulah. It is possible that further research may reveal additional names given to waves. It is also possible that further research into language reveal this to be a world-class record.

As Bollywood mourns Sridevi, a reporter picks her top movies

In an instant, Vietnam execution photo framed a view of war

Q&A: What Facebook's shift could mean to users, businesses

Islamic schools in Pakistan plagued by sex abuse of children