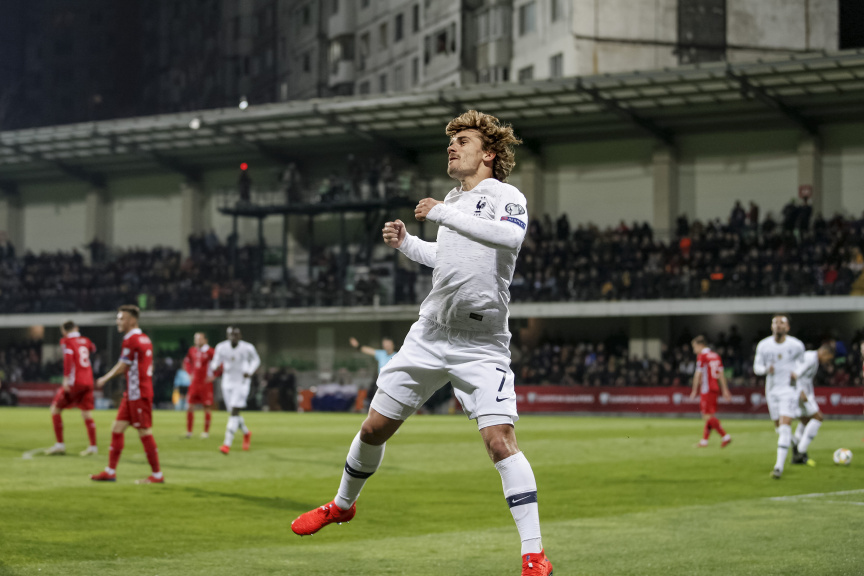 Antoine Griezmann, Raphael Varane and Olivier Giroud scored inside 13 first-half minutes and Kylian Mbappe added the fourth goal late in the second half of the Group H encounter.

Vladimir Ambros netted a consolation with Moldova's first shot on target in the 89th minute.

The only surprise was that it took France 23 minutes to make the breakthrough.

It was a goal of sublime quality as Griezmann's short pass to Paul Pogba was, in turn, floated over the defense for the Atletico Madrid striker to run on to and connect with a left-foot volley from seven yards (meters) for his 27th goal in 68 internationals.

Griezmann was the supplier three minutes later with a corner that Varane met at the near post with a flicked header. It was again all too easy for the third as Pogba combined inside the area with Blaise Matuidi, who dinked in a cross which Giroud touched home with his left foot for his 34th international goal.

It took until the 87th minute for Mbappe to break Moldova's second-half resistance, slotting home from 12 yards.