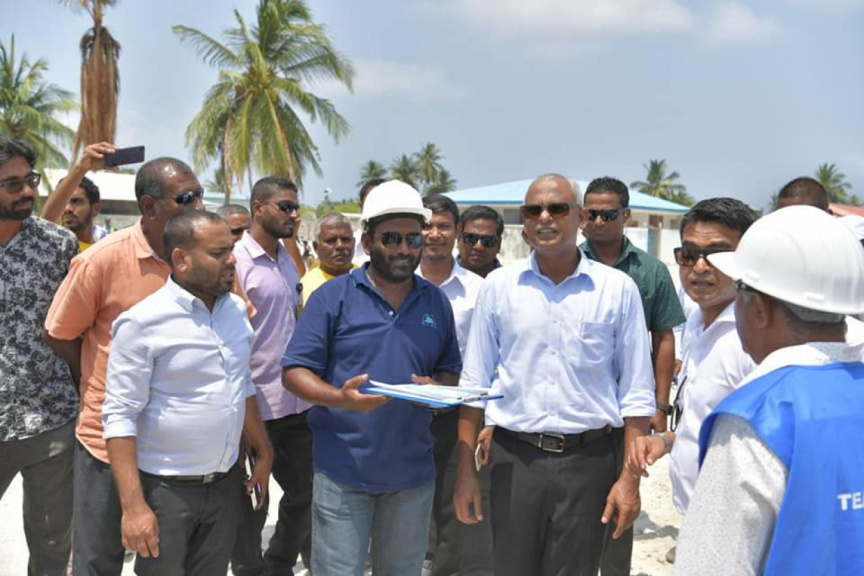 Speaking in the ceremony President Solih said that the he will try to make the progress of the airport as fast as possible.

MTCC was handed the project of Hoarafushi Airport on March 25, 2019.

Managing Director of MTCC Hassan Shah stated that this a project of 16 months.

Previously the Airport was to be built in H.A Maafinolhu. However, President Solih said that his government changed the project to Hoarafushi because they will not be holding projects such as these on naturally rich uninhabited island.

MTCC Head of Projects Ahmed Latheef stated that even though the Airport project of Maafinolhu was handed over in July 2018, no work was done on land reclamation of the island.