From Pitt to ’1917,′ what to anticipate at Sunday’s Oscars 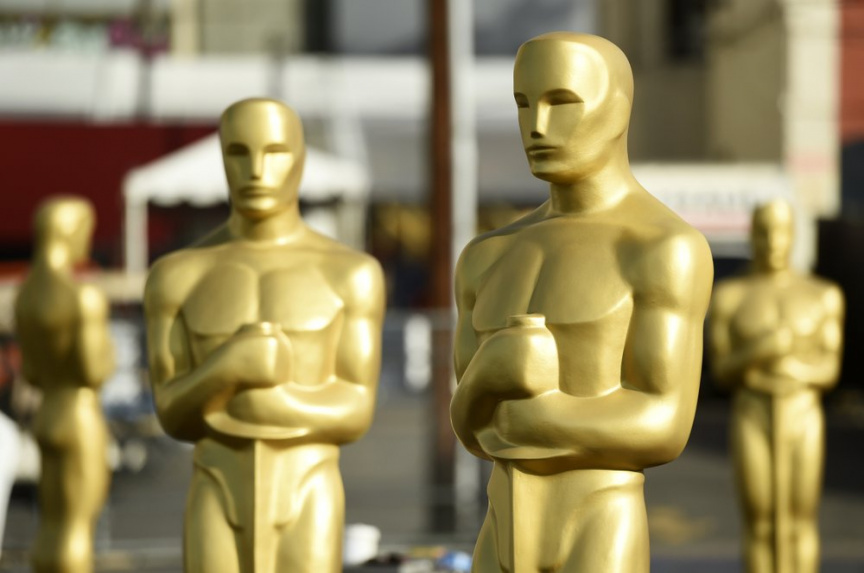 After the shortest awards season in decades, the 92nd annual Academy Awards will get underway Sunday evening at the Dolby Theatre in Los Angeles. The red carpet is being rolled out two to three weeks earlier than usual in a bid to freshen up a ceremony and potentially boost ratings.

The truncated time table has put the normally bloated Oscars season on a diet (Sunday’s show will also for the second straight year be hostless) and sent film academy members scrambling to finish their movie-watching — no small task in a year featuring a few three-hour epics like “The Irishman” and “Once Upon a Time ... in Hollywood.”

Fittingly for a fast race, a movie about a mad dash has risen to the top of the heap. After winning nearly every major precursor award, Sam Mendes’ “1917,” about a pair of British soldiers sent with an urgent message to deliver through recently-held enemy territory, is the favorite for best picture. Thanks to its technical dazzle, the seemingly one-continuous-shot “1917” is also likely to come away with the most awards Sunday, even without any acting nominations.

Although Joaquin Phoenix, Renée Zellweger, Brad Pitt and Laura Dern all appear to be all-but-certain locks in the acting categories, there’s still the potential for a history-making upset. Momentum has swung behind Bong Joon Ho’s South Korean thriller “Parasite,” and some believe it has a chance to become the first non-English language film to win best picture.

Such a win would be a watershed moment for the Academy Awards, which has long been content to relegate international films to their own category. But in an effort to diversify its largely white and male membership, the Academy of Motion Pictures Arts and Sciences has inducted more overseas members in recent years. And just about no one has a bad word to say about t he widely-praised class satire “Parasite,” the Palme d’Or winner at last year’s Cannes Film Festival and the first foreign language film to win top honors from the Screen Actors Guild Awards.

The official pre-show will begin at 6:30 p.m. EST on ABC. Among the presenters the academy will lean on in the absence of a host are: Tom Hanks, Maya Rudolph, Spike Lee, Julia Louis-Dreyfus, Chris Rock, Timothee Chalamet, Will Ferrell, Diane Keaton and Kelly Marie Tran.

The ceremony will come just days after the death of Kirk Douglas, one of the last surviving stars of Hollywood’s golden age. Kobe Bryant, a 2018 Oscar winner for the short “Dear Basketball,” is expected to be included in the ceremony’s In Memorium segment.

ABC and the academy will be hoping a widely watched field of nominees — including the $1 billion-grossing “Joker,” up for a leading 11 awards — will help viewership. Last year’s show garnered 29.6 million viewers, a 12% uptick.

This year’s Oscars comes amid a streaming overhaul throughout Hollywood. Hurrying to catch up to Netflix and Amazon, most of the major studios are prepping or have already launched their own streaming services, as have new entrants like Apple. Netflix comes into the Oscars with a leading 24 nominations thanks to “The Irishman,” “Marriage Story,” “The Two Popes” and the likely best documentary winner, “American Factory.”

But despite spending heavily through awards season, Netflix may go home with only a few awards. The streamer is still seeking its first best picture win after Alfonso Cuaron’s “Roma” came up just shy last year.

Instead, this year’s Oscar favorites are largely movies released widely in theaters. They also predominantly feature male characters and come from male directors.

After a year in which women made significant gains behind the camera, no female directors were nominated for best director. The acting categories are also the least diverse since the fallout of #OscarsSoWhite pushed the academy to remake its membership. Cynthia Erivo (“Harriet”) is the only actor of color nominated. Those results, which have been a topic in speeches through awards season, stand in contrast to research that suggests the most popular movies star more people of color than ever before.

Ticket sales slumped about 4% last year despite the Walt Disney Co.’s record $13 billion in worldwide box office. Disney, which acquired 20th Century Fox last spring, accounted for an overwhelming 38% of domestic ticket sales. And yet Disney, aside from owning the network the Oscars are broadcast on, will likely play a minor role at the Academy Awards. The studio may win best animated feature with “Toy Story 4” and possibly best editing for the Fox film “Ford v Ferrari.”

And while Democratic candidates are vying for the presidency and votes are still being counted in Iowa, Barack Obama may well notch another win. The first film from his and Michelle Obama’s production company, “American Factory,” is favored to win best documentary.

In an upset, 'Green Book' wins best picture at Oscars