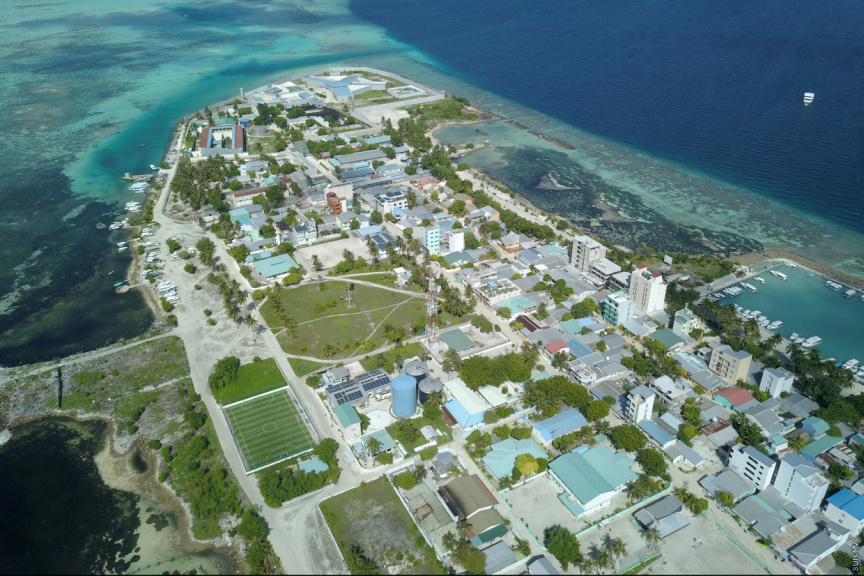 An aerial shot of the local tourism hub of Maafushi. (Sun Photo/Fayaz Moosa)

The council of the island of Maafushi has stated that a female tourist who was arrested by male Maldivian Police officers on the local tourism hub was intoxicated at the time of her arrest.

The tourist has been identified as a UK national.

While police are being scrutinized for the arrest after video footage of the incident went viral on social media, Commissioner of Police has publicly apologized for her arrest after which she was shortly released.

The video shows the bikini-clad tourist being handcuffed and arrested by officers after disobeying the officers. Another tourist is seen in the video beside her, trying to subside the situation. Police have stated that the arrest of the tourist by male officers was because there were no female officers on the island at the time.

The Maafushi council stated that such incidents were rare on the island and that tourists are informed of the local laws and how to conduct themselves in residential areas of the island by the council and guesthouses as well.