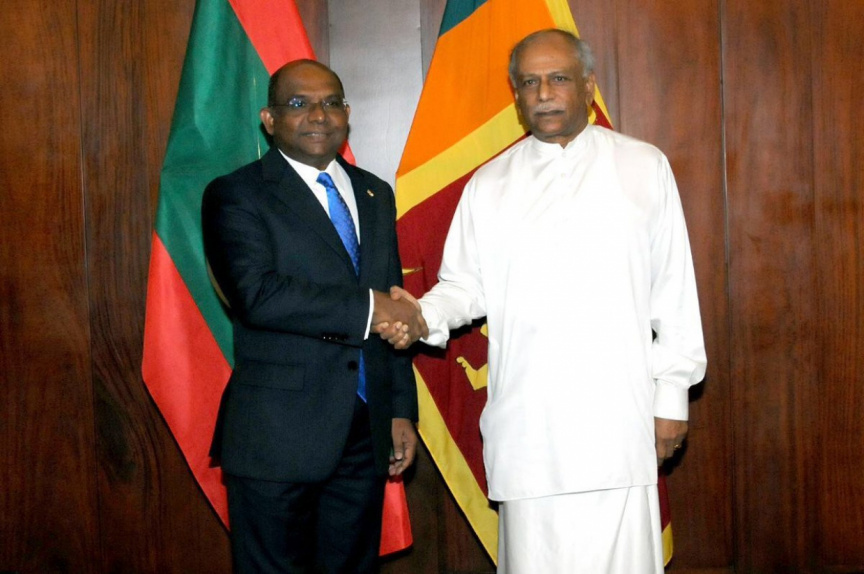 Maldives, on Tuesday, requested neighboring Sri Lanka for assistance in securing medical personnel to aid in the combat against COVID-19.

The request was made by Maldivian Foreign Minister Abdulla Shahid, who had a telephonic conversation with his Sri Lankan counterpart, Minister Dinesh Gunawardena to discuss the virus situation in their respective countries, this afternoon.

Shahid, during the conversation, highlighted on the measures implemented by Maldives to curb the spread of the virus, but also noted the limitations in its health system.

He requested assistance from Sri Lanka to secure medical personnel, if the need arose, to which Gunawardena agreed.

Both Shahid and Gunawardena noted the escalation in virus cases across the world, and South East Asia itself.

Shahid commended Sri Lanka for its efforts to curb the spread of the virus, and thanked the country for its hospitality towards the thousands of Maldivian nationals who reside in Sri Lanka.

He promised to return the favor in kind, by ensuring the wellbeing of Sri Lankan nationals who reside in Maldives.

Both Shahid and Gunawardena agreed to intensify the collaboration between the two governments.

2 from Reethi Beach being tested for COVID-19