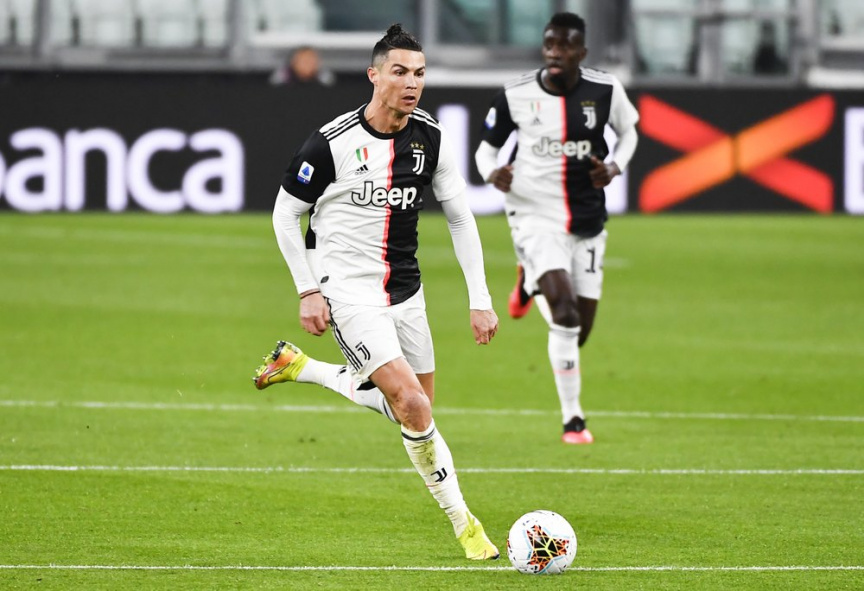 Juventus' Cristiano Ronaldo controls the ball during the Serie A soccer match between Inter Milan and Juventus at the Allianz Stadium in Turin, Italy, Sunday March 8, 2020. (Marco Alpozzi/LaPresse via AP)

ROME (AP) — Cristiano Ronaldo and his Juventus teammates along with coach Maurizio Sarri agreed to forgo 90 million euros ($100 million) in wages on Saturday to help the club during the coronavirus crisis.

The club said the money amounted to four months worth of wages, a third of players’ salaries.

The first agreement of its kind in Serie A since play was halted three weeks ago means Ronaldo, the highest-paid player in the Italian league, will give up 10 million euros (more than $11 million).

Juventus captain Giorgio Chiellini, who has an economics degree, led the negotiations with the club and fellow players.

“Should the current season’s matches be rescheduled, the club will negotiate in good faith with the players and the coach conditional increases of compensations according to the actual resumption and finalization of official competitions,” Juventus said.

Aiming for a record-extending ninth straight Serie A title, Juventus leads the standings by one point from Lazio.

“Juventus would like to thank the players and the coach for their commitment at a difficult time for everyone,” the club concluded.

All sports in Italy have been suspended under a nationwide lockdown through April 3 but health experts have said the need to try to contain the COVID-19 will likely last weeks beyond that. League officials have discussed resuming Serie A in May.

Overall, Italy has nearly 100,000 positive cases and days ago surpassed the total of China, where the outbreak began in early 2020.

Ronaldo recovers from virus and back for Juventus