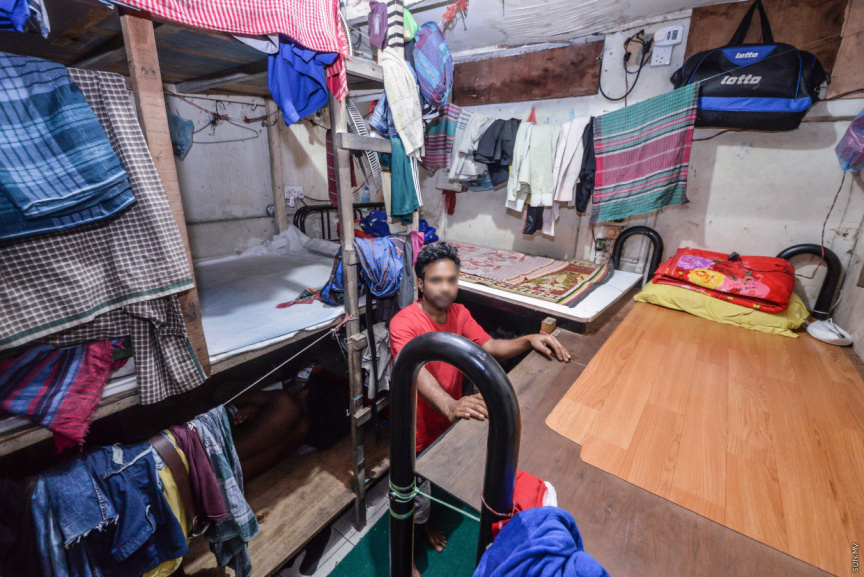 National Emergency Operations Center, on Sunday, announced the Maldivian government had initiated an operation to temporarily relocate migrant workers who are living in congested shared quarters in order to protect the migrant population from a potential COVID-19 outbreak.

Maldives has a population of some 200,000 migrant workers, most of whom are from Bangladesh, and live in congested shared quarters in the capital, Male’.

The migrant population has been noted by the Human Rights Watch to be particularly vulnerable to a highly infectious disease such as COVID-19 “because they live in congested shared quarters and do work that does not make it possible to practice strict social distancing.”

During the National Emergency Operations Center briefing on Sunday night, spokesperson Mabrouq Azeez said the government was working on arranging departures for migrant workers who wish to return to their home countries voluntarily, and was also working on relocating migrant workers who live in congested shared quarters.

“To change the currently congested living environment. On how to relocate some of them to other locations, and to arrange temporary accommodation for some of them in other facilities,” said Mabrouq.

He said the operation was being run by the Economic Ministry, which would release details in the coming days.

MALDIVES ASKS BANGLADESH FOR ASSISTANCE IN REPATRIATION OF UNDOCUMENTED WORKERS

Also on Sunday, Maldivian Foreign Minister Abdulla Shahid made a phone call to his Bangladeshi counterpart, AK Abdul Momen during which he requested Bangladesh’s assistance in repatriating the undocumented workers from Bangladesh in Maldives back to Bangladesh.

The Economic Ministry had announced the decision to financially assist undocumented workers identified under its regularization initiative who wish to return to their home countries on March 21.

It had said that workers who lacked valid travel documents or working visas would be issued travel documents with the assistance of the relevant high commission or embassy, and that the cost of returning home would be arranged by the Maldivian government.

Economic Ministry later announced that more than 300 undocumented workers had applied to return to Bangladesh.