Lautaro's agent: Who wouldn't like to play with Messi? 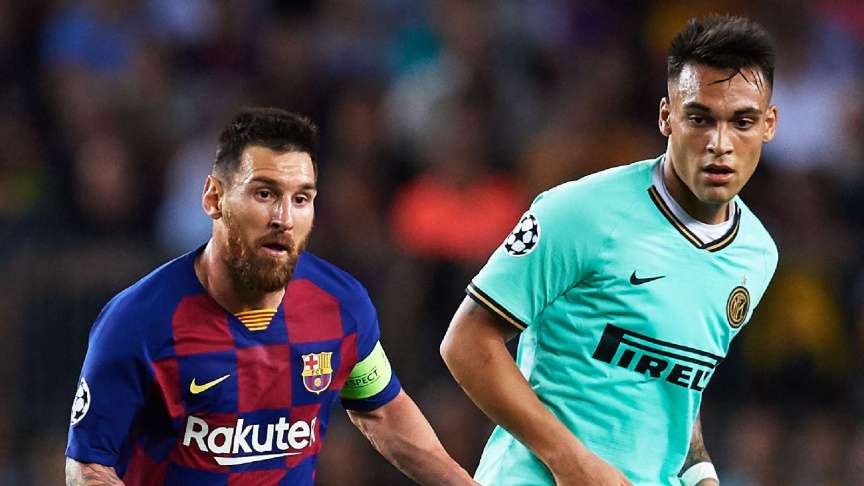 Lautaro Martinez to Barcelona has been hitting the headlines of almost every sports outlet for quite some time. Now, the Argentine striker's agent has added more fire to the news by saying that Lautaro would relish the opportunity to play alongside countrymen Lionel Messi at Barcelona.

Lautaro's agent, Alberto Yaque says he has been taking calls about the Inter striker but insists that the Argentine is yet to make a decision over his future.

Yaque claims he has had no discussions with Europe's biggest clubs, before admitting that the Inter star would relish the chance to play regularly alongside Lionel Messi.

Lautaro's striking form at Inter has seen him linked to Barcelona, Real Madrid, and Chelsea, with the Argentinian having scored 16 times in 31 appearances across all competitions. Many see the Argentine as the natural heir to the aging Luis Suarez at Barcelona.

Lautaro to Barcelona has been touted as a match made in heaven after the young Argentine burst onto the scene at Inter following the departure of Mauro Icardi. He alongside Romelu Lukaku has spearheaded a strong campaign by Inter, reminiscent of the club's glory days.

Goal has gone as far as to claim that the Catalans plan to offer the Inter striker a contract worth €10m-a-year (£9m/$11m) as they seek a long-term replacement for Luis Suarez. However, will Inter Milan and Manager Conte be willing to depart with the star that has been described as one of the most exciting strikers in Europe right now? If so, any potential deal would come with a heavy price tag.

Former MP and four others apply to Police Board

JSC investigation into violation of right to counsel