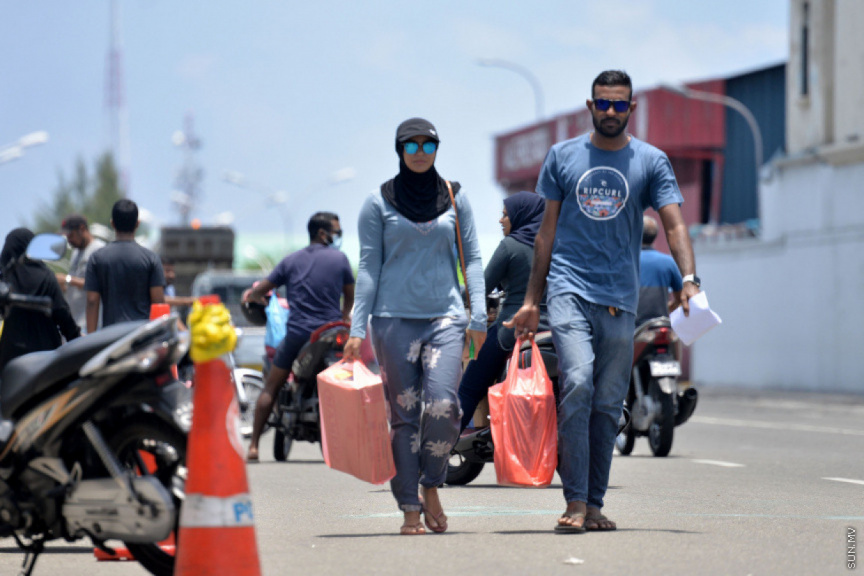 Foreign Ministry, on Thursday, announced it has suspended processing care packages to Maldivian nationals who reside in the United Arab Emirates following the lockdown on Male’ City.

Foreign Ministry had announced the opportunity to send care packages to Maldivian nationals in the UAE on board a cargo flight to the country by the national airline, Maldivian, on Wednesday.

It had previously announced that care packages would be processed from a counter outside the departure hall at Velana International Airport (VIA) from 9 am to 3 pm this Thursday.

The announcement had been made before the 24-hour lockdown on Male’ City and its suburbs – Hulhumale’ and Vilimale’, which took effect at 3:30 pm on Wednesday.

Foreign Ministry has announced it has suspended processing care packages, and would announce when it would resume the service at a later date.

Care packages overseas are limited to 15 kilos per family.

The airline, association with the Maldivian Foreign Ministry, is facilitating the delivery of care packages to Maldivian nationals overseas during its cargo and repatriation flights.

Care packages have been transported to Malaysia, Sri Lanka and India, and are being delivered to families through embassies.

Foreign Ministry has announced it has delivered a large percentage of the packages to families.

Male’ identified its first COVID-19 case on Wednesday morning. The patient has no recent travel history overseas nor had any contact with any other positive cases. Two others who had contact with the patient have also tested positive, including a toddler – a child of the first patient.

The emergency alert status in Male’ has been upped to ‘red alert’ with the emergence of the cases – the first outbreak of COVID-19 in a residential island.

Flydubai to resume operations to Maldives in October

42 rescued from Male’ streets, moved to a shelter