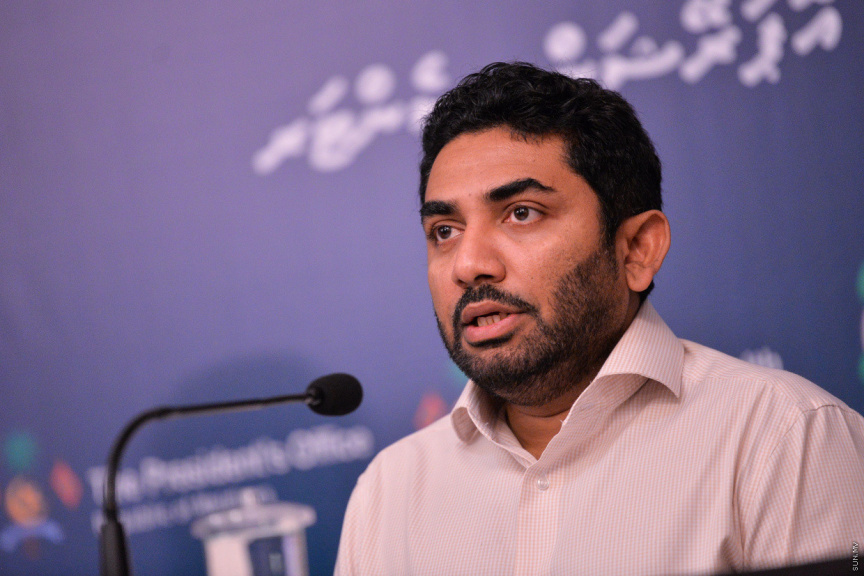 Minister of Health Abdulla Ameen announced an extension to the state of public health emergency declared in the Maldives over the COVID-19 pandemic.

The new extension stretches the public health emergency, which has been in effect since mid-March this year, until June 29.

The first case of COVID-19 in the Maldives was discovered on March 7, and the state of public health emergency was declared five days later.

In the extension declaration issued late hours of Wednesday, Health Minister Abdulla Ameen said the Director General of Public Health has adviced implementation of measures to determine public health safety, as the threat of the COVID-19 pandemic is still prevalent in the Maldives.

“I, under the powers vested in me under the aforementioned [Public Health] Act, hereby announce the decision to extend the state of public health emergency which has been declared nationwide from March 12, 2020 to June 29, 2020,” said Ameen.

A strict lockdown was implemented in the dense capital Male City after a community outbreak was discovered in the island on 15th April, 2020. Since then, more than 1,400 COVID-19 positive cases had been recorded, with a large majority from Male. While some 230 patients have made full recovery, five patients passed away.

As the city-wide lockdown is set to expire after today, the government last night announced plans of easing restrictive measures in Male that are to be rolled out in phases starting this tomorrow. The first phase is to last two weeks.

Some easements include increase of number of permits per household and allocated time to step outside, an expansion of zone sizes, permits for children and elderly to step outside in the morning, and permits for bakeries, supermarkets and more convenient stores to open.

A guideline is also to be announced regarding private companies to open their offices on four-hour shifts.

Minister Abdulla Ameen said the virus reproduction number* had dropped from 2.8 to 1.4, and the number of contacts has also dropped from 33 to six. He also said new infections had decreased, including the number independent cases.

Consultant for the National Emergency Operations Center (NEOC) Dr. Sheena Moosa said last night that public compliance to instruction of authorities was higher than expected, and that had led to a drop in infection numbers.

The research analyst also said anti-body tests undertaken for research purposes have shown that a large number of expatriate workers in the capital had been infected with the virus and made recoveries, with 75 percent of tests had developed anti-bodies.

“This means that the rate at which the disease spreads among the public has been lowered,” said Dr. Sheena.