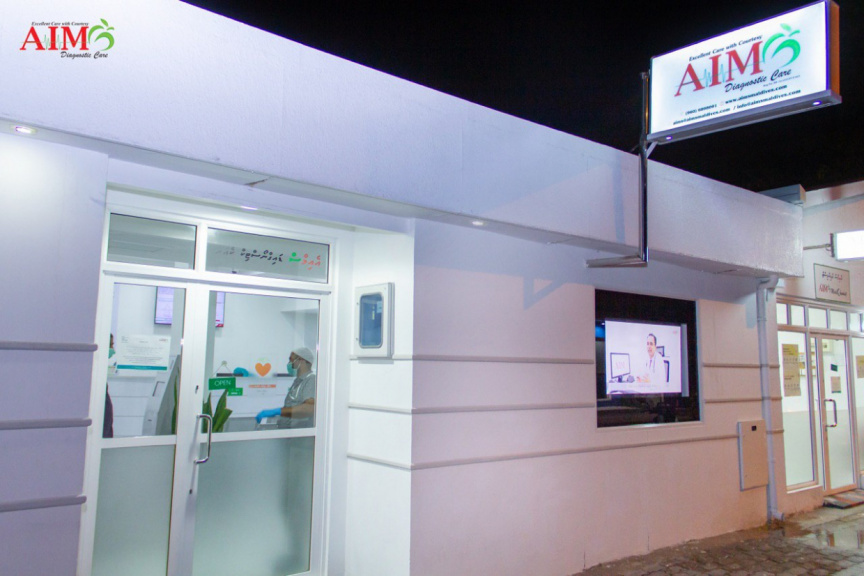 Health Ministry has verbally informed that permits for COVID-19 testing could not be issued to a private company in Addu City.

The AIMS Diagnostic Care Clinic in Feydhoo of Addu City had imported machines capable of conducting anti-body tests for the virus.

One week has elapsed since the company requested the permit to conduct testing. Speaking on behalf of the clinic Ali Ihusaan said to Sun that the Ministry had not given an official response, but had received a negative response regarding testing by a Ministry staff when contacted to clarify the matter.

Ihusaan said that all communication with the Ministry was conducted via email and that the company had not received a reply since requesting permission to conduct testing. The Ministry had also not requested to conduct any inspections or clarify any information regarding the matter when it decided to reject the request for testing.

Ihusaan has previously said that the testing arrangements by the company were to alleviate the burden on the government and to provide a much-needed service for the second most populous city in the country.

The machine imported by the clinic ould conduct up to 36 tests per hour when in operation and the company was also working to obtain PCR testing for the virus as well.

Members of the public and even some MPs have expressed concern for the lack of testing capabilities in Addu City. The government had announced that testing arrangements for the city are to be made within this month by the government The Hithadhoo Regional Hospital is also being developed as a facility to treat COVID-19 patients. No positive cases of the virus have so far been identified in the southern regions of the country.