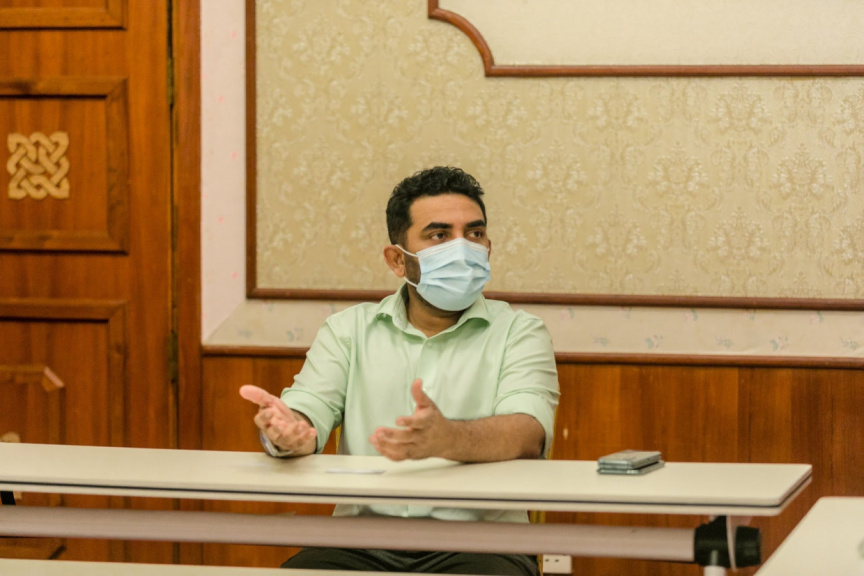 Health Minister Abdulla Ameen has said that additional work to ensure the safety of imported from overseas needs to be done.

The Minister was speaking during the inauguration of activities planned for this year’s World Food Safety Day. He noted that the Maldives was a country dependent on imports for its food supply during the speech.

He added that each aspect of the process was a massive business, where food travels from crops and ends up on the dining table. He also said that it should be acknowledged that there is a “gap” between business and health if connect economically.

Individual knowledge of food safety standards was very important due to this, said the Minister.

Minister Ameen also said that policies for food safety by authorities also have to be enhanced and noted the importance of implementing these policies. As of recently, some progress was being made for this, said the Minister.

“Whether it is for agriculture or another type of food production, we should accept that the amount of focus we have to give is not less,”

“So, it is imperative that we ensure the food imported is safe and followed the standards set in the exporting nations, before it reaches us, in order to ensure food safety.” Said the Minister.

He also advised to remain aware of diseases that spread through contaminated food items. Based on the current situation, the most important aspect was to create awareness among the public regarding food safety.

He also thanked the Food and Drug Authority for its efforts.

This is the first time The World Food Safety Day is being celebrated. The United Nations set aside the day for the purpose on December 20, 2018.

The theme for this year is “Food safety, everyone’s business”.