India eases lockdown even as virus cases jump in capital 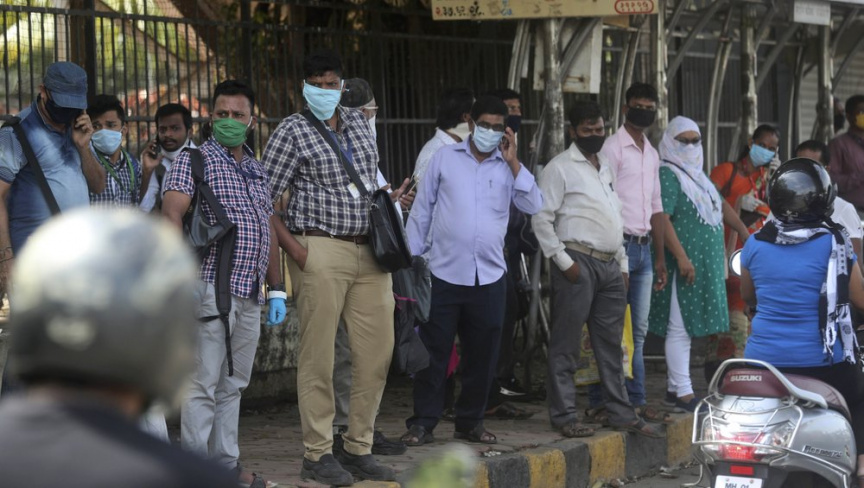 NEW DELHI (AP) — With shopping malls, places of worship, restaurants and state borders reopening Monday, some of the last vestiges of India’s 10-week-long coronavirus lockdown disappeared even as the country reported its highest single-day death toll and experts said things would get worse.

In the capital of New Delhi, shoppers applied hand sanitizer and underwent temperature checks before entering Ambience Mall, where a sign read: “Welcome back to the lifestyle you love.”

The doors were also reopened at New Delhi’s historic Jama mosque. The troughs for washing before prayers had been drained, and the carpet was replaced with floor markings encouraging worshipers to practice social distancing on their own prayer rugs.

Instead of marigold garlands and other temple offerings, staff at Hanuman Mandir, a famous Hindu temple, gave visitors thermal checks and hand sanitizer.

But a committee of experts warned the New Delhi government that such measures would do little to slow the infection rate, and that it would need to nearly double its hospital bed capacity by the end of June as the number of cases needing treatment is expected to surge.

With cases doubling every two weeks, “we will require 15,000 beds by the end of June,” the committee’s head, Dr. Mahesh Verma, wrote to the government.

About a quarter of New Delhi’s 83 hospitals treating COVID-19 patients were full by Monday afternoon, according to a government-run online dashboard. About half of the city’s 512 available ventilators were in use.

The numbers have crossed 28,000 in the capital, stretching limited health resources.

Over the weekend, New Delhi’s top official, chief minister Arvid Kerjiwal, said hospital beds would be limited to city residents, amid rising demand from people in the neighboring corporate hubs of Noida in the state of Uttar Pradesh and Gurugram in Haryana state.

India’s lockdown — one of the world’s most stringent — was considered mostly effective in staunching the spread of the virus. Most industry shut down, and a stay-at-home order was imposed for all but a handful of essential activities.

But in recent weeks, as restrictions have gradually eased to help India’s ailing economy and get millions of poor daily wage earners back to work, cases have soared nationwide.

The Health Ministry reported another 9,983 cases Monday, raising India’s count past 256,000 to fifth most in the world. It also reported 206 fatalities, the highest single-day rise, bringing the country’s death toll to 7,135. Like elsewhere in the world, the actual numbers are thought to be higher for a number of reasons, including limited testing

There has been a surge in infections in India’s vast countryside following the return of hundreds of thousands of migrant workers who left cities and towns after losing their jobs.

Before Monday, India had already partially restored train services and domestic flights and allowed shops and manufacturing to reopen.