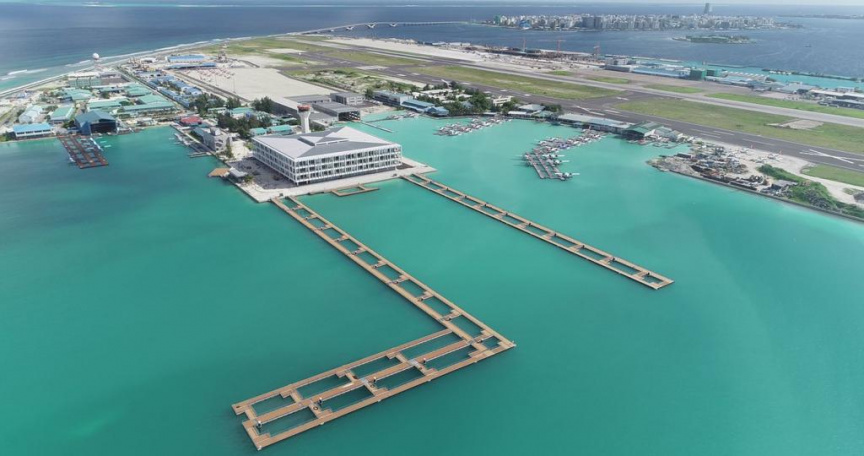 Around 95 percent of the work on the development of the new seaplane terminal of Velana International Airport has been finished, Maldives Airports Company Limited (MACL) has announced.

A dock for seaplanes will also be constructed under the development project which is being undertaken by the Beijing Urban Construction Group (BUCG).

Around 80 percent of the docks under phase 1 is now completed, according to MACL. Currently, the connection of fuel lines to the docks are underway.

MACL also said that 90 percent of the interior work of the terminal was now completed.

MACL Managing Director Moosa Solih has previously said in a news conference that the docks at the seaplane terminal had a 50-year guarantee and was built using the latest technology. It can accommodate up to 55 planes simultaneously. While the dock area could still be increased, it could potentially accommodate 100 planes in total.

The management of the seaplane terminal was a hotly debated topic. Rumors that terminal would be awarded to TMA, the world’s biggest seaplane operator, had led to an inquiry by the Anti-Corruption Commission and even the Parliament.

Work on the terminal was commenced on January 29, 2019. MACL has previously said that the terminal could be in use by as soon as May 2020, however, it has been delayed due to numerous reasons.

Private jets to VIA in November increase by 142 percent

New seaplane terminal could be in service by mid-2021