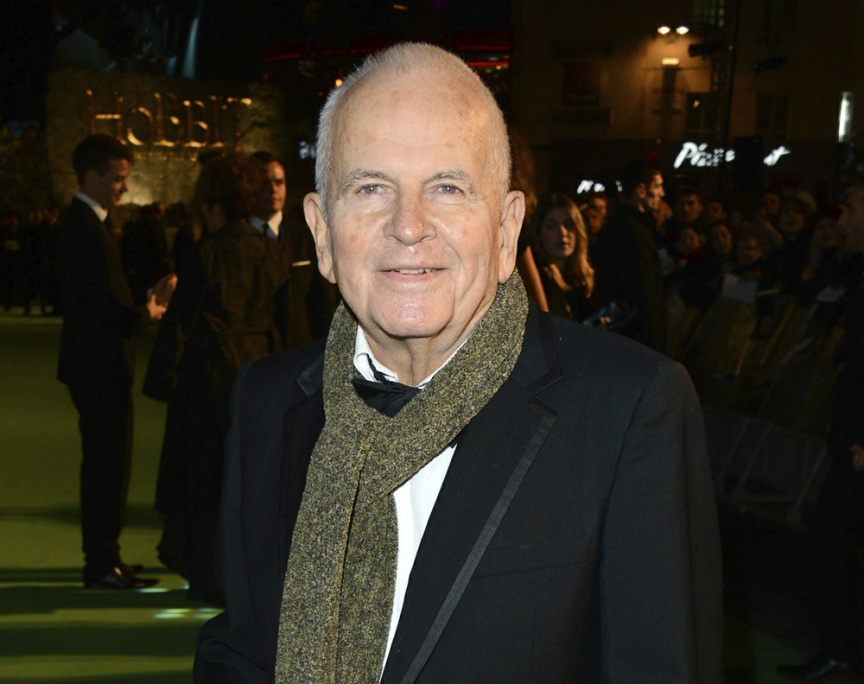 In this Dec. 12, 2012 file photo, actor Ian Holm appears at the premiere of "The Hobbit: An Unexpected Journey" in London. (Photo by Jon Furniss/Invision/AP, File)

LONDON (AP) — Ian Holm, a versatile British actor whose long career included roles in “Chariots of Fire” and “The Lord of the Rings” has died. He was 88.

Holm died peacefully Friday morning in a hospital, surrounded by his family and carer, his agent Alex Irwin said in a statement. His illness was Parkinson’s-related.

“His sparkling wit always accompanied a mischievous twinkle in his eye,” Irwin said. “Charming, kind and ferociously talented, we will miss him hugely.”

Holm appeared in scores of movies big and small, from costume dramas to fantasy epics. A generation of moviegoers knows him as Bilbo Baggins in “The Lord of the Rings” and “The Hobbit” trilogies.

His other movie roles included Father Cornelius in “The Fifth Element,” android Ash in “Alien,” a smooth-talking lawyer in “The Sweet Hereafter,’’ Napoleon Bonaparte in “Time Bandits,’’ writer Lewis Carroll in ”Dreamchild” and a royal physician in “The Madness of King George.’’

He was also a charismatic theater actor who won a Tony Award for best featured actor as Lenny in Harold Pinter’s play “The Homecoming” in 1967.

He was a longtime member of the Royal Shakespeare Company, though a bout of debilitating stage fright that struck during a production of “The Iceman Cometh” in 1976 kept him off the stage for many years.

“I think it happens quite often to actors,” Holm told the Associated Press in 1998. “They lose their nerve. They may think it’s a crazy way to make a living, or whatever. I was fortunately gainfully employed in the other media. I could have frozen in front of a camera, and I would have had to become a chimney sweep or something.”

He returned to live performance and won a 1998 Laurence Olivier Award for best actor for his performance in the title role of “King Lear” at the National Theatre.

Holm was knighted in 1998 for his services to drama.

Mia Farrow said he was “among the giants of the theater.”

“We met while working at the RSC where, mid-performance of Iceman Cometh, terror seized him and he left the stage — for 14 years,” she tweeted. “He worked in films and TV — unfailingly brilliant.”

“Ian was entirely original. Entirely a one-off,” Doran said. “He had a simmering cool, a compressed volcanic sense of ferocity, of danger, a pressure cooker actor, a rare and magnificent talent. There’s a great spirit gone.”

Holm was married four times and had five children.

Karanka Rasheed passes away at 92