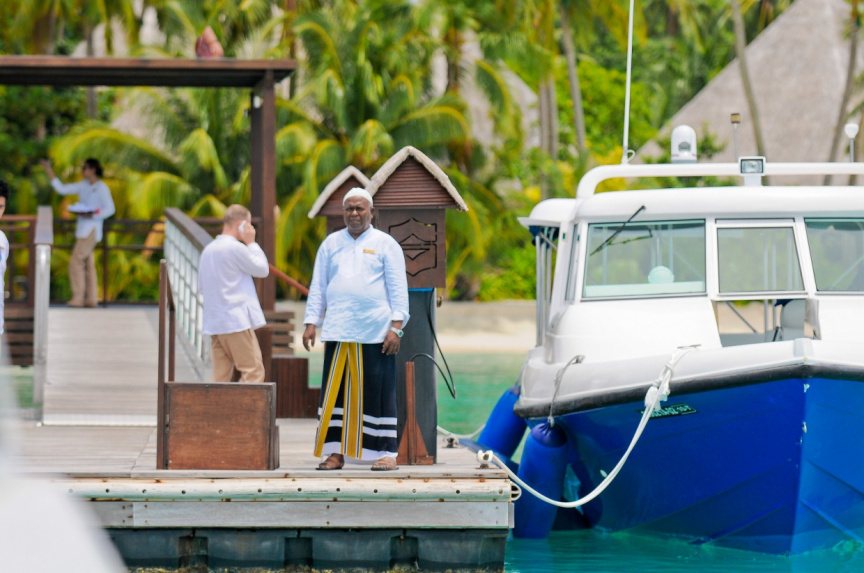 Photo shows employees at a resort near a jetty. (Photo/Masraah Naseem/ UNDP Maldives)

The majority of the resorts in the Maldives is set to reopen by July when borders of the country reopen, Tourism Minister Ali Waheed has announced.

Speaking in a press conference at the National Emergency Operations Center (NEOC), Minister Ali Waheed said that 41 resorts had assured of reopening before the reopening date was finalized.

"The Ministry issued a circular before the border reopening date was announced when the date was not finalized. 41 resorts assured to the Ministry that they will reopen. After the date was finalized, 30 more resorts requested to decide." said the Minister.

Resorts that hold off on reopening, for now, will also reopen soon, said the Minister.

"The Maldives operates around 150 resorts. More than half would be operational by July. The industry is working to do so. The majority of the remaining resorts will reopen by August. Few resorts have provided dates and are holding off on reopening until September, October. We believe that the dates of these resorts will also be sped up with the announced date (for reopening)." said Minister.

Minister Ali Waheed also said that 11 airlines had reserved slots for operations before the announced date for reopening.

The Minister said that airlines that previously operated to the nation before the COVID-19 situation, were also in discussions to commence operations.

"Out of these airlines, most airlines will commence operations in July. The remaining have also assured that operations would commence in August." said the Minister.

President Ibrahim Mohamed Solih announced yesterday that the Maldives was set to reopen on July 15. Minister Ali Waheed said that three flights were scheduled for that day alone. The first flight would probably arrive in the morning, said the Minister