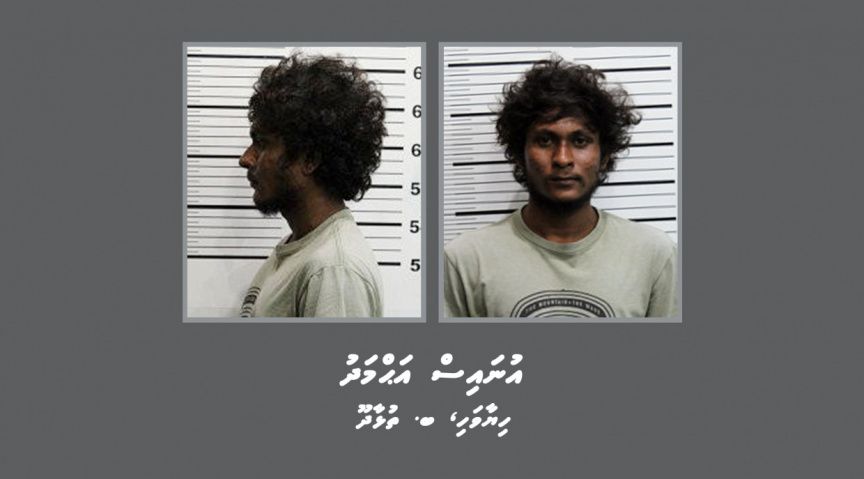 The Prosecutor General’s Office, on Saturday, filed charges against the suspect in the sexual assault of a 16-year-old girl in a guesthouse in Male’ City.

Unais Ahmed, 25, from Hiyaavahi in B. Thulhaadhoo, is accused of committing false impersonation to form a romantic relationship with a 16-year-old girl, extorting money from the girl’s father through fraudulent means, and taking her to Male’ City on May 27, under the pretense of taking her to a medical doctor, following which he encouraged her to commit sexual acts and sexually assaulted her.

The Prosecutor General’s Office issued a statement on Saturday evening, confirming that the office has filed multiple charges against Unais with the Criminal Court.

INITIAL ARREST AND RELEASE FROM CUSTODY ON TECHNICALITY

Unais was arrested on suspicion of “carrying out a sexual act against a child” on May 28, presented in front of a judge for his remand hearing the next day. The Criminal Court issued an order for him to be remanded in the custody of police for 15 days.

At his next remand hearing on June 12, the police requested for an order to keep Unais detained pending the outcome of his trial. The Criminal Court denied the request and issued an order for him to be remanded in custody of the police for an additional 10 days.

At his third remand hearing on Monday, June 22, the police again filed a request for the man to be detained pending the outcome of his trial. However, the Criminal Court cited lack of grounds to keep him detained any further, and ordered his release.

The detention orders in all three occasions were requested under the Criminal Procedure Code, which does not accommodate for suspects to be detained pending the outcome of their trials unless the crime the suspect is accused of is a major felony. Sexual offenses are not classified as a major felony.

The Criminal Court noted in its ruling that while there was sufficient evidence to warrant the suspicion against Unais, the crime he is suspected of does not fall under the major felonies declared under Article 22 of Criminal Procedure Code.

The Criminal Court also referred to the precedence set by High Court that a suspect whose accused crime does not fall under major felonies may not be remanded to custody for more than 15 days at a time, irrespective of the seriousness of the allegations.

On the same day Criminal Court released Unais from custody on the technicality, the police obtained an arrest warrant and placed Unais back in police custody.

He was arrested on suspicion of “impersonation and use of deception and trickery to take and rape a child”.

When presented for his remand hearing on Tuesday, the Criminal Court found the circumstances of the case to be consistent with the circumstances declared under Article 59 and Article 60 (b) of Criminal Procedure Code, and issued an order for him to jailed pending the outcome of his trial for the safety and security of the community.

Article 60 (a) states that a judge overseeing a hearing over the legality of a suspect’s detention has the discretion to issue an order to the suspect to be detained pending the outcome of trial if there is sufficient evidence against the suspect and enough grounds to believe the suspect may attempt to tamper with evidence, intimidate witnesses, refuse to attend court or flee, or pose a threat to the safety of the community if released from detention.

Woman accused of covering up abuse taken out of island

Man accused of abuse of 10-year-old remanded in custody

Young girl victimized by uncle-in-law for over a year