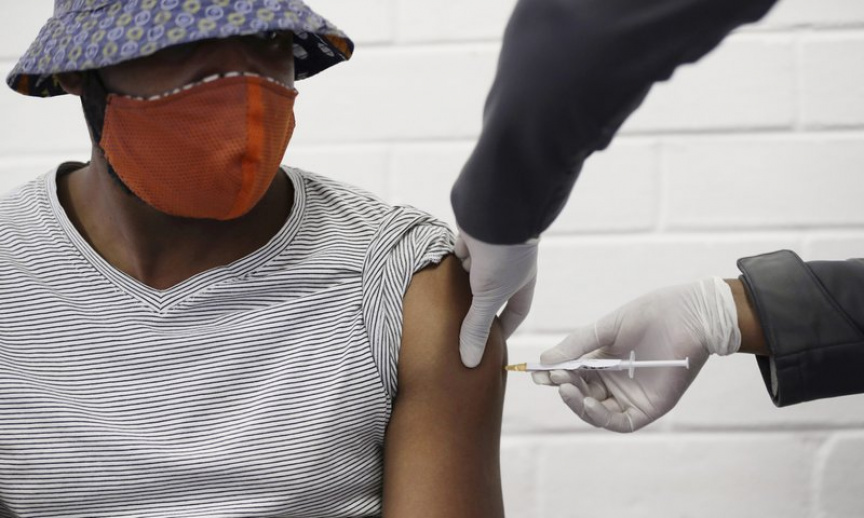 In this Wednesday, June 24, 2020 file photo, a volunteer receives a COVID-19 test vaccine injection developed at the University of Oxford in Britain, at the Chris Hani Baragwanath hospital in Soweto, Johannesburg, South Africa. (AP Photo/Siphiwe Sibeko)

India will be testing a new vaccine for COVID-19 developed locally in July. Volunteers will be immunized with the vaccine in trials to be conducted next month.

The vaccine is called Covaxin and has been developed by India's National Institute of Virology and the Indian Council of Medical Research reported the BBC.

An unspecified number of people will receive the vaccine, as part of a trial. Tests in animals have so far suggested that the vaccine is safe and triggers an effective immune response to the pandemic virus.

The trials are among many across the world. It is estimated that there are around 120 vaccine programs underway. Half a dozen Indian firms are also developing vaccines, according to the BBC.

This is the first India-made vaccine and developed from a strain of the virus that was isolated locally and weakened under laboratory conditions.