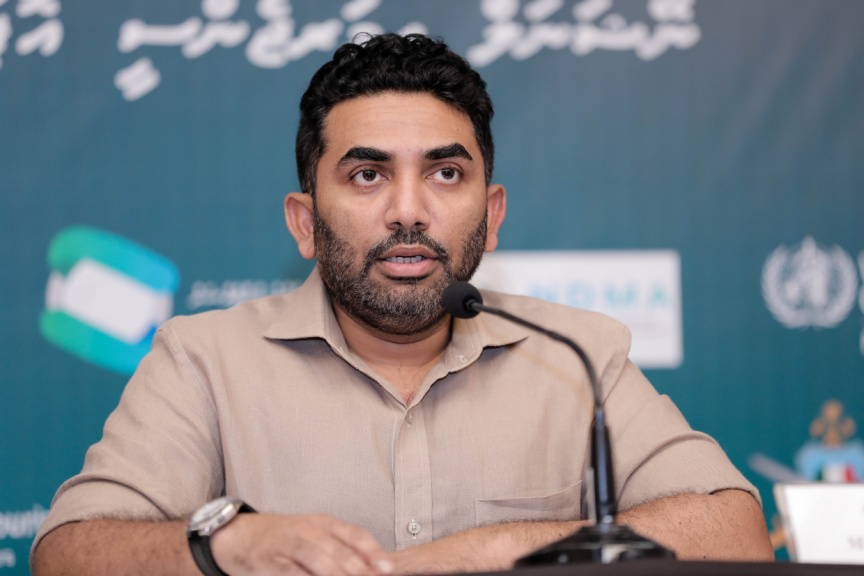 Health Minister Abdulla Ameen said on Wednesday that Health Protection Agency (HPA) has closed down 27 businesses in Male’ City for violation of the safety guidelines issued by the agency in response to the coronavirus outbreak.

The businesses were closed down following a mass inspection by HPA on cafés and restaurants, shops, gyms and fitness centers, salons and markets which began earlier this Wednesday. It marks the second mass inspection to be held this July, and comes after Maldives recorded the biggest single-day spike of daily coronavirus infections in nearly two months the day before.

In an appearance on RaajjeTV’s Fala Kurukhee show on Thursday night, Health Minister Ameen noted that businesses operating in the capital had been instructed to remedy safety guideline violations during the previous mass inspection.

“The second round of inspections began today. Up until my appearance on this show, 57 places were inspected. We were forced to close down 27 places. 27 places failed to comply with the guidelines,” he said.

Ameen stressed that the new coronavirus is a deadly disease for which has no vaccine or established course of treatment, and that violation of safety guidelines make it difficult to contain the outbreak.

Notices have been displayed outside the businesses which were closed down, declaring that the closure is due to violation of the COVID-19 safety guidelines.

HPA has announced that businesses closed down in the inspection are required to remedy the violations and inform the agency, following which they will conduct a follow up inspection before allowing them to reopen.

“Those issued ‘closure notice’ are instructed to call 7285216 between 9:00 in the morning and 6:00 in the evening for follow-up inspections after remedying the violations and/or to clarify further information,” announced HPA in a tweet.