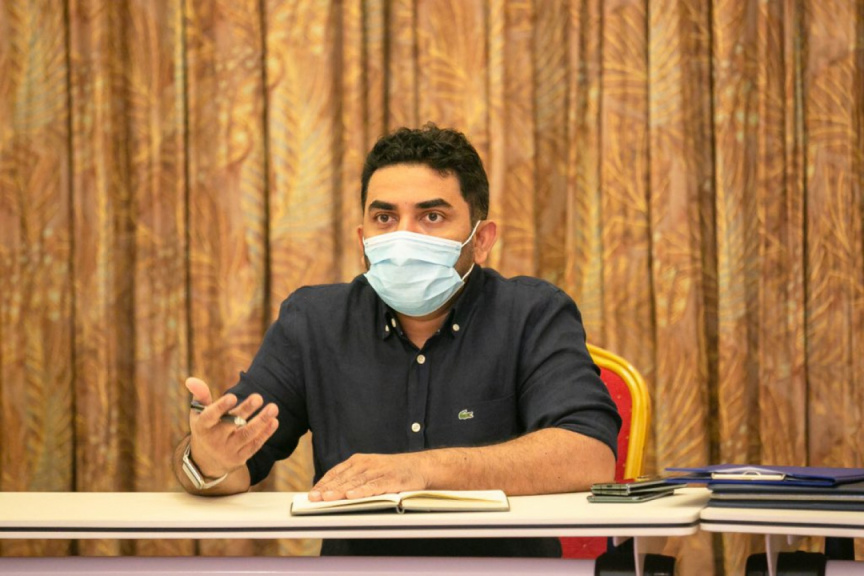 Health Minister Abdulla Ameen has said that the government was considering making masks mandatory and that discussions would be held for the purpose.

Speaking in a program of Raajje TV last night, the Minister said that there was no reason not to make masks mandatory in order to control COVID-19.

His remarks come after the capital, Male’ City saw a spike in the number of cases since lockdown easements were introduced on July 1. Calls to make masks mandatory have also been increasingly amplified recently.

The Minister said that daily case figures were not factors for revision of measures and that there were indicators for the purpose. If the number of infections increases, there are immediate measures that are to be made mandatory, including mask-wearing.

“Making masks mandatory, I don’t believe that situation is not mandatory right now. After internal discussions, we will decide on it.” Said the Minister.

Safety measures taken for COVID-19 was more focused on advising people rather than punishing, said the Minister who added that the measures were more focused on informing and creating awareness to stop the spread of the virus.

However, if people fail to heed this, authorities would have to resort to such measures, said the Minister.

“We do not have to wear masks only on the day that cases increase. Just as you say, the dangers of the virus cannot be escaped if people wear masks for may be just two days due to the anxiety felt on a day with 130 cases, and then forget about it.” Said the Minister.