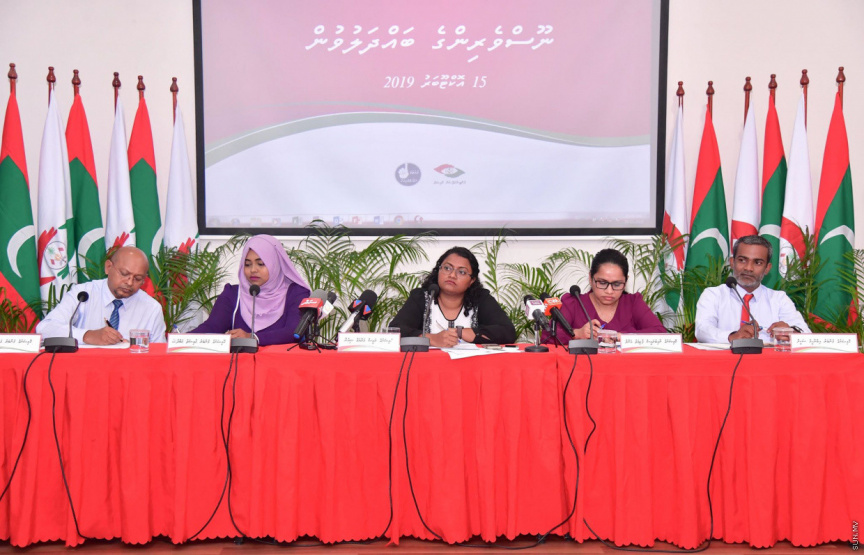 Anti-Corruption Commission (ACC) has announced it is getting ready to submit a “big” embezzlement case for prosecution within this week.

ACC members were summoned to a meeting of the Parliament’s Independent Institutions Committee on Tuesday.

Speaking during the meeting, ACC member Ibrahim Shakeel said 18 cases under the investigation of the commission are in the duty prosecution stage, and that seven more cases will be sent for duty prosecution by the end of August.

“We are getting ready to send a big case [to the Prosecutor General’s Office]. Our target is [to send it] by Thursday,” he said.

Shakeel said the ACC is working on sending an additional case to the Prosecutor General’s Office next week.

In a press conference held by Asset Recovery Commission on July 23, the commission’s president Ahmed Assad announced that charges against five people involved in the MMPRC case will be filed with the court “within the next few weeks”.

However, he did not reveal the identities of the five suspects, and when questioned by Sun whether the suspects against whom the commission had collected sufficient evidence includes an incumbent Cabinet minister or parliamentarian, Assad said that “if there is sufficient evidence, they will be among the five ready to be sent to the court.”

He said the identities of the suspects will be released once the cases are sent to court.