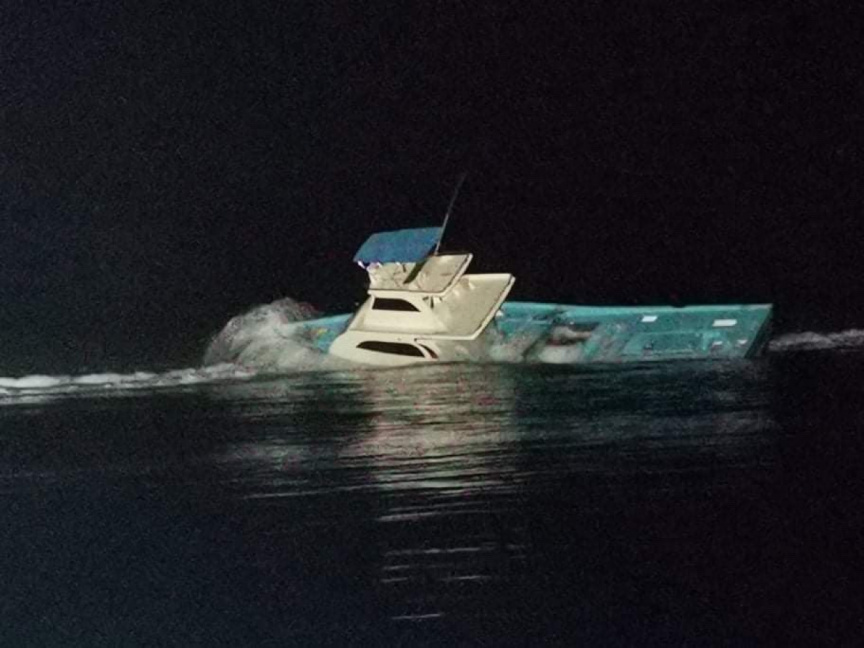 A boat traveling with 26 people on board is taking in water after getting reefed near V. Rakeedhoo, MNDF has said.

The fishing boat is named "Asdhaan" and had 26 people on board. Reports of the incident were received around 23:00 last night, said MNDF officials.

MNDF Male' Area Coastguard squadrons were now in the location.

The boat was left with damages on its underside, and is taking in large amounts of water. Five other boats, a police speedboat, and a sea ambulance are also the in area. Crew members of the boat are being moved to the police speedboat.