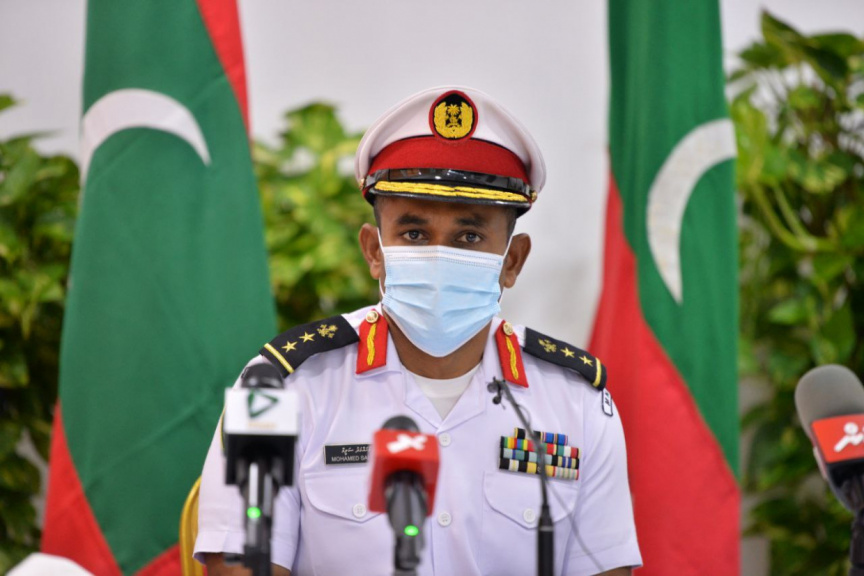 Authorities in the Maldives have stated that there is no risk an oil spill from an oil tanker on fire near Sri Lanka.

One Filipino crew member died after a boiler in the main engine room exploded, causing the fire yesterday, the Sri Lankan Navy said. All other persons on board, 22 in all, were rescued from the ship, which is carrying 270,000 metric tons of crude oil.

In a press conference today, Maldivian Coastguard Principle Director Col. Mohamed Saleem said that the government of Maldives was closely monitoring the situation.

“We have not identified any danger to the Maldives from the information we received so far.” Said Col. Saleem.

A Maldives Meteorological Service official also added that the current and winds were in favor of the Maldives.

Col. Saleem also stated that the Maldives had some equipment donated from Japan for a possible oil spill. They include collection tanks and equipment.

STO and MPL also had equipment for such a situation. However, he added that the country did not have the equipment for a massive oil spill.

Col. Saleem added that the Maldivian authorities had conducted exercises for such a scenario with neighboring nations such as India previously.