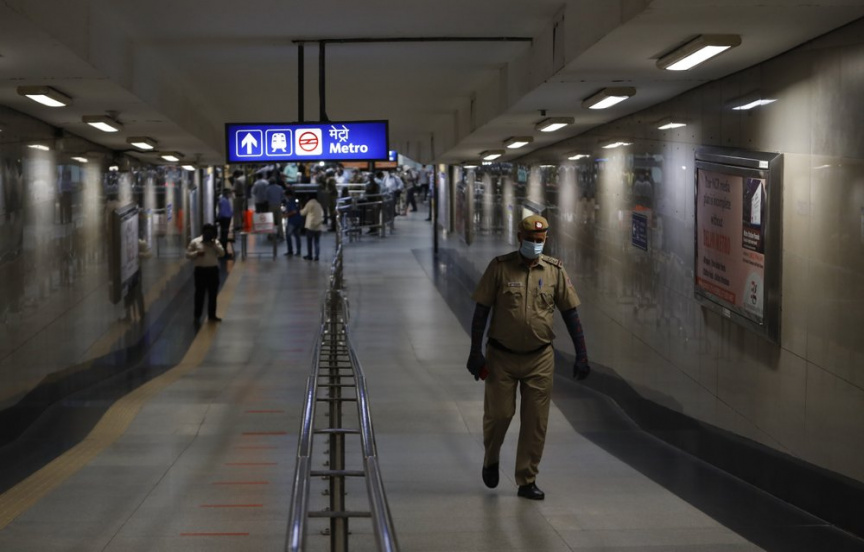 A Delhi policeman walks out from a Delhi Metro station wearing a face mask in New Delhi, India, Thursday, Sept. 3, 2020. Delhi Metro will open its services in a phased manner from Sept. 7, even as India has been reporting the highest single-day caseload in the world every day for more than three weeks and is the third worst-hit country behind the United States and Brazil. The country's economy contracted by 23.9% in the April-June quarter, India's worst performance in at least 24 years.(AP Photo/Manish Swarup)

NEW DELHI (AP) — India became the second worst-hit country by the pandemic on Monday as urban metro trains partially resumed service in the capital New Delhi and other states as the government pushes to sustain a weakened economy.

The 90,802 cases added in the past 24 hours pushed India’s total past Brazil with 4.2 million cases. India is now only behind the United States, which has more than 6 million.

India has been recording the world’s largest daily coronavirus caseload for almost a month even as the government pushes to open businesses to revive a contracting economy.