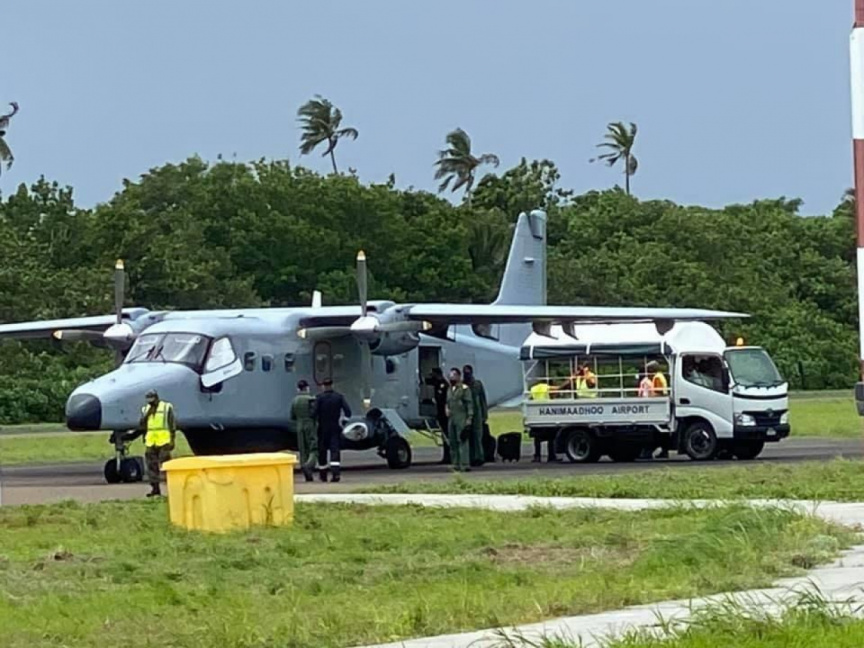 An Indian military aircraft is photographed at Hanimaadhoo International Airport on September 8, 2020.

The boats landed in the northernmost airport of the Maldives around 10:25 in the morning.

Maldives National Defense Force (MNDF) said that the boats would remain at the airport until September 16. Responding to questions by media, MNDF spokesperson Maj. Ibrahim Azim said that the aircraft were in the Maldives for regular operations with the Maldivian Coastguard to monitor the Exclusive Economic Zone (EEZ) of the Maldives.

MNDF did not comment on the number of planes nor the number of military personnel the boats transported. However, Maj. Azim stated that usually two flights were used for the operations.

An Indian military aircraft landed in the Maldives on July 31, for surveillance patrols as well. It is not confirmed when the aircraft departed.

The arrival of the two flights today coincides with a movement currently underway against the foreign military presence in the Maldives fueled by opposition political parties. The movement is trending on social media under the hashtag “#Indiaout”.

Police have also denied reports by some media outlets that they arrested individuals for taking photos of the military aircraft at the airport without authorization and deleted the photos.

Aeroflot to hold two flights per week to Maldives