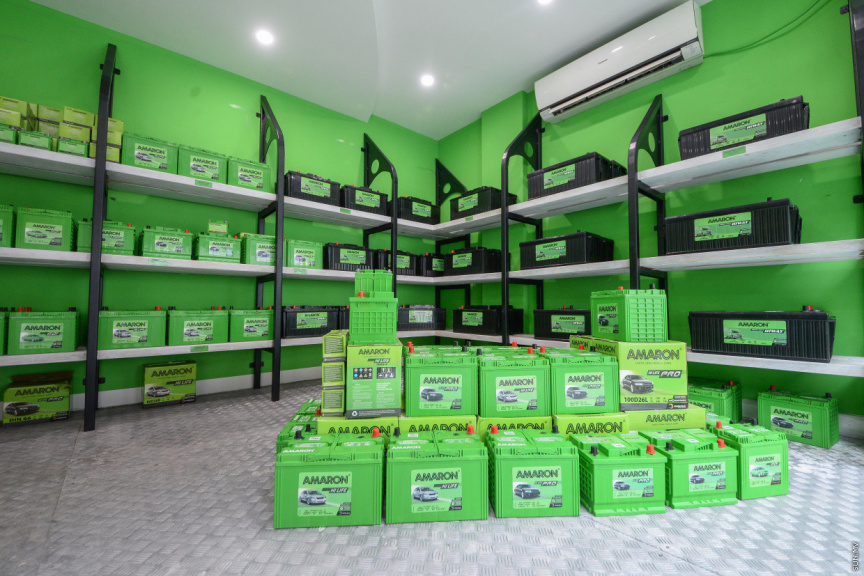 Amaron Batteries on display at The Battery House.

The number one battery brand of India Amaron has been introduced to the Maldives.

Well-known for its durability, the batteries are being sold at a dedicated showroom named Amaron Battery House in Male’ City. The maintenance-free battery is most commonly used in vehicles such as cars, pickups, motorcycles, and heavy load vehicles as well.

Amaron Battery House manager Abdulla Ibrahim said to Sun today that the batteries are being sold with a four-year guarantee and six-month warranty.

“We will be providing a new battery for any issues faced during the first six-months of purchase. The battery is also priced lower than others on the market.” Said Abdulla Ibrahim.

Abdulla also said that there were considerations to prolong the six-month warranty to one year.

The most notable aspect of the battery was cranking power. The House will be delivering batteries purchased in Male’ City area free of charge, Orders can be placed by calling 3322233 and 7990982.