Fayyaz: Nasheed playing politics, no reason for me to resign 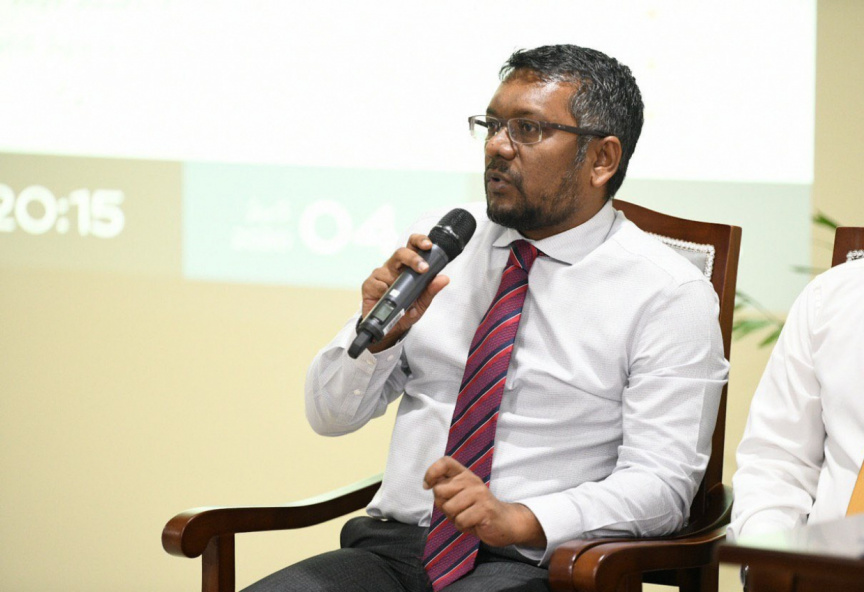 Economic Minister Fayyaz Ismail, on Wednesday, dismissed the formal request by MDP leader, former President Mohamed Nasheed asking him to voluntarily step aside from his duties as Economic Minister, stating that Nasheed was playing politics, and that there is no cause for him step aside.

Nasheed, who is currently in the UK, had made the request in a letter he sent to MDP chairperson Hassan Latheef, a letter which he asked to be publicized.

Fayyaz told Sun that he had not been engaged in any corrupt activity, despite Nasheed’s allegations, and that there is no reason why he should step aside from his duties as Economic Minister.

Nasheed had pushed to submit a no-confidence motion against Fayyaz at the Parliament in August, but failed to secure necessary support from within MDP’s parliamentary group.

Following the attempt to push a no-confidence motion against Fayyaz, President Ibrahim Solih had publicly declared his support for Fayyaz, stating that Fayyaz had his full confidence.

Nasheed wrote in the letter that his request for Fayyaz to voluntarily step aside from his duties as Economic Minister wasn’t personal, but to protect MDP from potential damage to its reputation.

Fayyaz said he does not believe him serving as Economic Minister is causing MDP any harm.

“I believe my position is beneficial to the party, securing more support. I don’t believe being in this position is causing any damage to the party,” said Fayyaz Ismail, who is the brother of MDP’s first leader, Ibrahim Ismail (Ibra).

Nasheed wrote in his letter that he never had any personal issues with any MDP member. And that his request wasn’t motivated by a personal issue against Fayyaz.

“Conducting a criminal investigation to establish whether the current Minister of Economic Development Ismail Fayyaz committed an act of corruption or not, is not political. The party has charged me with political work. What I am stressing is that, based on a political point of view, Minister Fayyaz is this party’s responsibility.  Therefore appeal the Minister to voluntarily step aside,” he said.

Nasheed accused Fayyaz of corruption in awarding government contracts in an argument on MDP national council’s WhatsApp group in August. Nasheed said that Fayyaz will not be allowed to behave like a “bro” within MDP.

'Maldives will not be used to endanger neighbors'