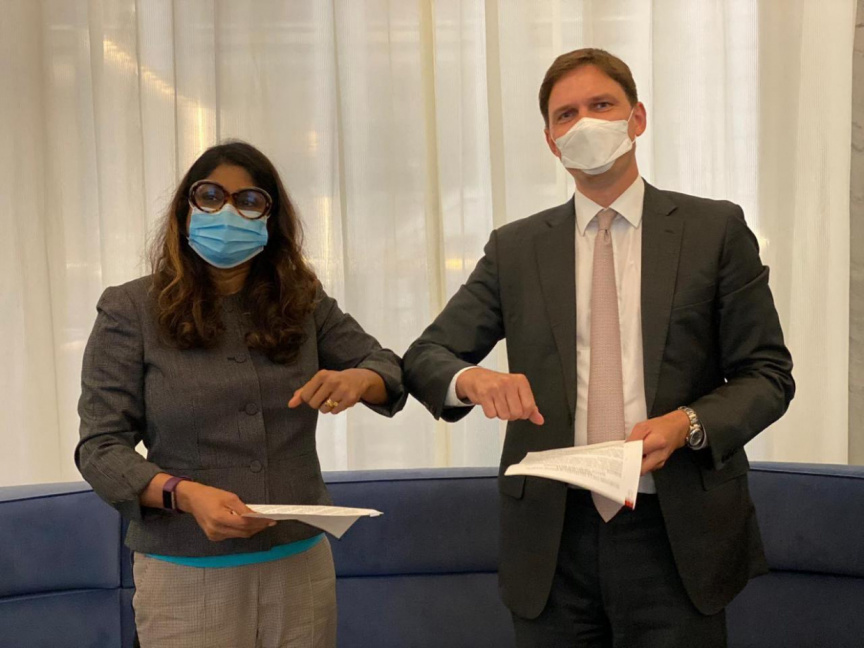 Maldives and Unites States have signed an agreement to strengthen cooperation in defense and security matters.

The agreement, the “Framework for U.S. Department of Defense-Maldives Ministry of Defense, Defense and Security Relationship” was signed by Maldivian Defense Minister Mariya Ahmed Didi and the US Deputy Assistant Secretary of Defense for South and Southeast Asia Reed Werner, in Philadelphia on Thursday.

During discussions after signing the agreement, Mariya said the framework will strengthen defense and security cooperation between the two countries.

Mariya said that peace and security in the Indo-Pacific and Indian Ocean region is tied to the best interests of both countries.

She stressed the importance of bilateral dialogue and engagement, against a backdrop of growing transnational threats such as piracy, violent extremism, terrorism, and illicit trade, which she said remained relevant, even amidst the coronavirus pandemic.

According to a statement released by the Defense Ministry, the framework outlines a number of bilateral activities, including senior-level dialogues, discussions, engagements, and opportunities in areas such as maritime domain awareness, natural disasters, and humanitarian relief operations.

Mariya has stated that the Maldivian government sees the framework as an “important milestone” in defense and security cooperation between Maldives and the US.

US warns against travel to Maldives due to virus

US donates PPEs to Maldives

US pledges USD 2M in economic support to Maldives

US commends Maldives for progress in press freedom