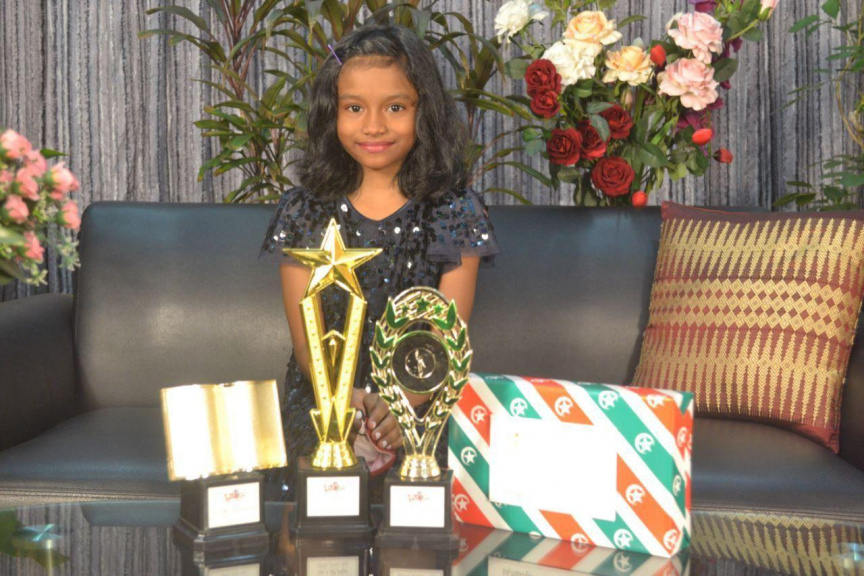 She received three awards in the ‘Madhaha Ran Adu’ competition organized by Maldives Music & Arts Center (MMAC). Apart from winning the 1st place in the original music category she also won 3rd place in the best lyric category and she was placed as the third best singer from her age group, which is the under 9 category.

She had congratulated all the winners after the results were announced and wished everyone good luck for the next competition. She thanked Shafeeq sir and her uncle Afeefbe for helping her during the competition.

Her parents expressed their joy on twitter when she won the award saying that they are very proud of her achievements in the competition.

Elly has been taking part in singing competitions from a young age and is dreaming of becoming a performing artist.

Elly: A star in the making