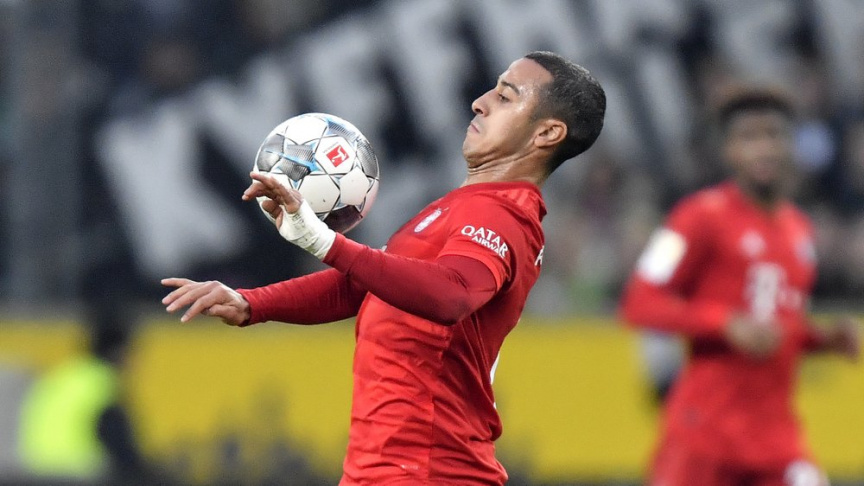 Liverpool completed the signing of Thiago Alcantara from Bayern Munich on Friday, bringing in one of the world’s most technically gifted players to add another dimension to the English champions’ midfield.

The 29-year-old Thiago ended his seven-year spell at Bayern by moving for an initial fee of 20 million pounds ($26 million), with a potential additional 5 million pounds ($6.5 million) later.

“A player like Thiago — settled that much at Bayern — is usually out of reach for pretty much everybody,” Liverpool manager Jürgen Klopp said.

“It is about the club, it’s about the team, that he wanted to join us,” Klopp added. “That’s really cool. But did I think about him earlier? I thought a lot about him but never as a potential transfer, to be honest.”

Thiago, whose father is former Brazil midfielder Mazinho, leaves Bayern as a European Cup winner, his last match being the 1-0 victory over Paris Saint-Germain in the Champions League final in August. He also won seven straight Bundesliga titles with Bayern.

“My decision is purely of a sporting nature,” the Spain international said in a video announcing his departure from Bayern. “As a soccer player, I seek new challenges to develop myself further. Bavaria will always be my home.”

At Liverpool, he will add a more creative edge — nurtured at Barcelona’s famed La Masia academy — to a midfield that currently is more notable for its energy and intensity through hard-running players like Jordan Henderson, Georginio Wijnaldum and James Milner.

Thiago — with his technique, touch and vision — will provide Liverpool with more control in midfield, too, allowing Klopp to adopt a different approach in certain games. In that regard, the midfielder has been likened to compatriot Xabi Alonso, who played for Liverpool in a deeper-lying role from 2004-09.

“He can demand rhythm, that’s how it is,” Klopp said of Thiago. “He can obviously create and use space for other players, all these kinds of things. First touch incredible, vision incredible, passing pretty good. But is quick as well. Work-rate, great.

“His numbers were absolutely special last year in Germany as well, most steals, ball recoveries and all these kinds of things, most passes. But we don’t play like Bayern, so that still will need some time to get settled and nobody should expect — and I don’t expect — the special things immediately, first game.”

Klopp didn’t rule out Thiago playing a part in Liverpool’s match at Chelsea on Sunday. That will be the team’s second game of its Premier League title defense, having already beaten Leeds 4-3 last weekend.

“I must adapt to the team as fast as I can in the situation and the context that we are living right now,” Thiago said.

“Everything is more compact and we started a little bit later, but still it is football and I think we have to mix all the big things up, all the good things we have. I will help the team in a defensive and offensive (way) and also in a mental aspect.”

Thiago is the latest high-profile player to move from the Bundesliga to the Premier League in this transfer window, with Kai Havertz and Timo Werner leaving Bayer Leverkusen and Leipzig, respectively, to join Chelsea. Borussia Dortmund winger Jadon Sancho has been linked heavily with a move to Manchester United.

“The Premier League is obviously the league with the most money and the most competitive league. Then there is interest in this kind of players,” Klopp said. “The players in Germany, most of them speak English so it is a natural solution for them. It is not at home, but still kind of familiar. We had good players in Germany when no one was interested in England.

“So it is a good league for England to scout. As they can afford transfer fees, we will see these kinds of transfers.”

Messi lashes out at Barcelona for selling Suárez