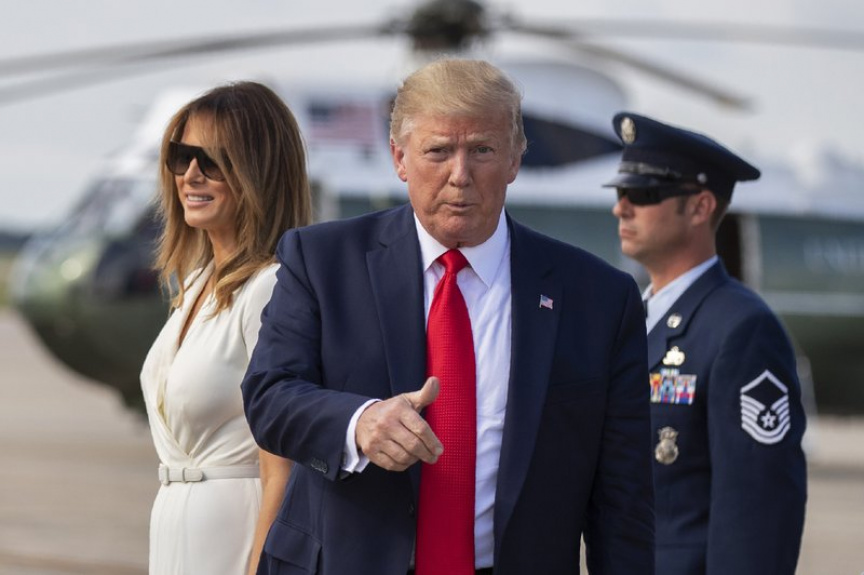 President Ibrahim Mohamed Solih has sent well wishes to President of the United States of America Donald Trump and first lady Melania Trump after they tested positive for COVID-19.

President Solih tweeted today and sent his well-wishes to the US President and first lady. The President said that he and the first lady of the Maldives Fazna Ahmed wished President Donald Trump and first lady Melania Trump a speedy recovery from the virus

President Donald Trump and first lady Melania tested positive for the virus on Friday. The news came just hours after the White House announced that senior aide to President Trump Hope Hicks had come down with the virus after traveling with the president several times this week.

President Trump had tweeted later on that he and Melania will begin the quarantine and recovery process immediately. In a memorandum, the president’s physician said that the president and first lady “are both well at this time” and “plan to remain at home within the White House during their convalescence.”

The news coincides with a hotly contested Presidential Election campaign and could hinder campaign activities. President Trump has massively downplayed the virus and its situation in the US.

'Role of youth in decisions for future is important'

President scheduled for national address at 10:00 am on