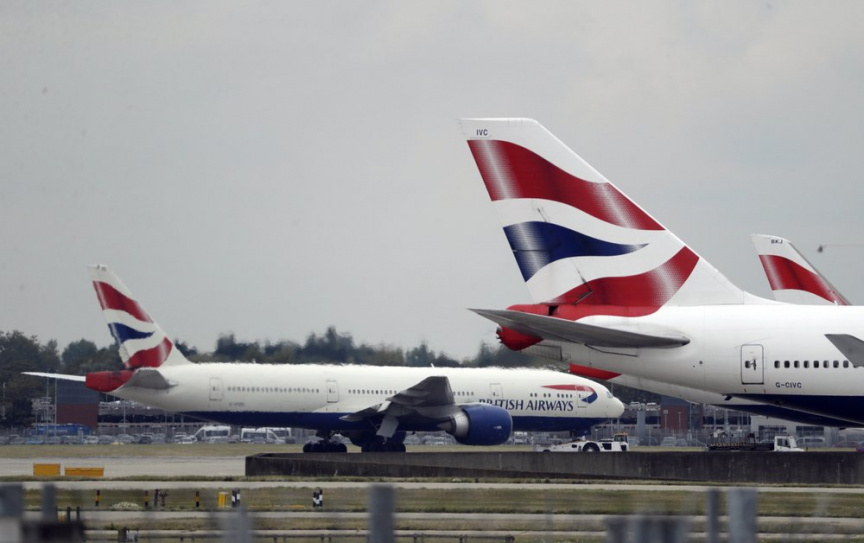 FILE - In this Monday, Sept. 9, 2019 file photo, a British Airways plane, at left, is towed past other planes sitting parked at Heathrow Airport in London. British Airways and Asian budget carriers Lion Air and Seoul Air are suspending all flights to China as fears spread about the outbreak of a new virus that has killed more than 130 people. British Airways said Wednesday, Jan. 29, 2020, it is immediately suspending all flights to and from mainland China after the U.K. government warned against unnecessary travel to the country. (AP Photo/Matt Dunham, File)

British Airways, the flag carrier of the United Kingdom has announced that it is prepping to start operations to the Maldives soon.

British Airways will conduct three flights to the Maldives per week. Direct flights will operate from London to Male' City on Sunday, Wednesday, and Friday while return flights will be on Mondays, Thursdays, and Saturdays.

The airline said on its website that its customers can travel in absolute confidence knowing that safety is at the heart of British Airways’ business.

The airline stated that it has introduced a range of safety measures such as social distancing and using hand sanitizers as well as wearing a face mask at all times and bringing enough to replace them every four hours for longer flights.

The airline will also be requesting customers against traveling if they have any symptoms of COVID-19. Cabin crews are also required to wear PPE. Providing customers with a personal protection pack including a sealable disposal bag, hand sanitizing gel, and an antibacterial wipe

British Airways is the flag carrier airline of the United Kingdom. The airline is the second-largest UK based carrier, based on fleet size and passengers carried, behind EasyJet.

Emirates to ramp up flight frequency to Maldives