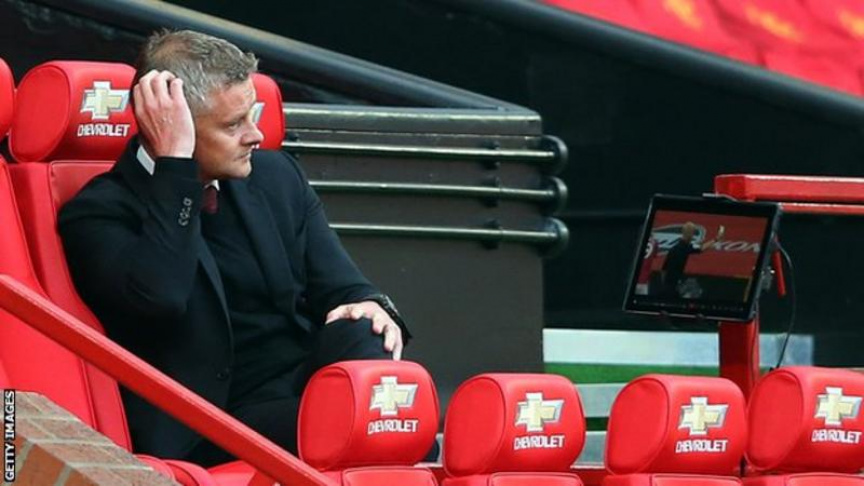 Manchester United was thrashed by Tottenham Hotspur 6-1 while Premier League Champions Liverpool suffered humiliation at the hands of Aston Villa as they lost 7-2.

South Korean forward Son Heung-min and English center forward Harry Kane scored twice, with Tanguy Ndombele and Serge Aurier also on target as 10-man United suffered a defeat on a par with their 6-1 thrashing at home by Manchester City in 2011.

It meant it was not only the heaviest defeat since Ole Gunnar Solskjaer took temporary charge in December 2018, but also the largest United have suffered since Ed Woodward took over as executive vice-chairman in 2013.

The result leaves United 16th in the Premier League, with newly-promoted Fulham and West Brom the only clubs with a worse goal difference. Only West Brom have conceded more than their 11 goals.

United were completely outplayed, even before they were reduced to 10 men midway through the first half when Anthony Martial dragged his hand across Erik Lamela's face in reaction to an elbow in his neck.

In contrast, Tottenham moved up to fifth after emerging from a packed schedule of five games in 11 days in three competitions with a creditable four wins and a draw - their last two games have had five-goal winning margins.

On the other hand, high flying champions, Liverpool suffered humiliation at the hands of Aston Villa with captain Jack Grealish scoring two for Villa.

Villa's record signing Watkins had never scored a Premier League goal before kick-off last night and 45 minutes later he had the match ball, as the home side took advantage of Liverpool's high line and individual mistakes. Captain Grealish scored their final two goals after assisting three.

It is the first time Liverpool have conceded seven goals since 1963 and is only their fourth Premier League defeat since 3 January 2019. Villa, who escaped relegation on the final day of last season, overtake them in the table with their best start since 1962.

Villa's first was the result of a huge error by Adrian. The Reds stand-in keeper passed the ball straight to Grealish, who cut it back for Watkins to side-foot in from eight yards.

Watkins' second was excellent as he cut in from the left and smashed into the top corner.

Mohamed Salah looked to have restored order when he scored for the Reds, but John McGinn's deflected volley two minutes later put Villa's lead back to two.

It got even better when Watkins headed in from Trezeguet's cross to become the first player to score a Premier League hat-trick against Liverpool since Dimitar Berbatov for Manchester United 10 years ago.

Villa debutant Ross Barkley, a boyhood Evertonian, was excellent and added a fifth after the break from just outside the box - from Grealish's third assist.

Salah made it 5-2 from Roberto Firmino's pass on the hour-mark but then Grealish smashed in Villa's sixth before latching onto McGinn's raking pass to add another.

This is the first time in 18 attempts that Villa have beaten the reigning champions at home - the last was a 3-2 win over Arsenal in December 1998.