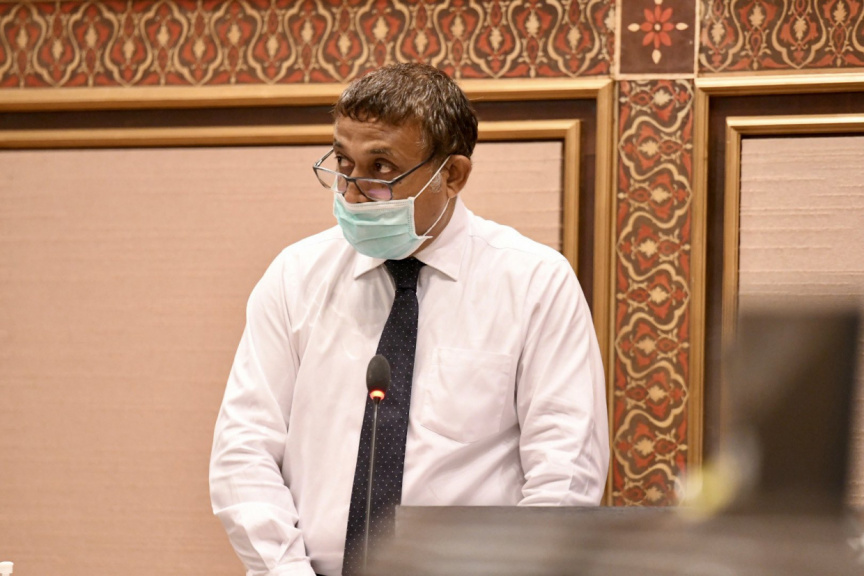 Minister of National Planning, Infrastructure and Housing Mohamed Aslam said on Monday that the cable car project announced by DRP leader and Kaashidhoo MP Abdulla Jabir is not feasible.

Aslam, who attended the Parliament for a ministerial questioning session on Monday morning, was questioned by Jabir regarding the lack of support from the government for his proposed project to link K. Kaashidhoo with K. Gaafaru via cable car.

Aslam responded that the project is simply not feasible, and should not be pursued.

“I don’t believe cable car from Kaashidhoo to anywhere is feasible. The people need to be clear that no matter how loudly such things are talked about, it’s not possible. I don’t believe it’s feasible, or that it should be done,” he said.

Aslam responded that Kaashidhoo isn’t Paris, and repeated that he does not believe in the feasibility of the proposed cable car project.

“I’m saying that I, of sound mind, do not believe that it is feasible or possible. The area between Male’ and Kaashidhoo isn’t Paris,” he said.

Connecting his constituencies Kaashidhoo and Gaafaru via cable car had been one of Jabir’s electoral pledges during the 2019 parliamentary elections. Officials from Sintecnica, a top engineering company from Italy, visited Maldives to conduct a feasibility study for the project.

Jabir’s vision for development also includes building an airport in Kaashidhoo. He has previously stated that he fill finish the airport within 18 months if he is granted permission for the project.

MP Jabir released after being brought to Civil Court

MP Jabir to develop resort at the sandbank in Mathiveri

Armed men force their way on board fishing boat