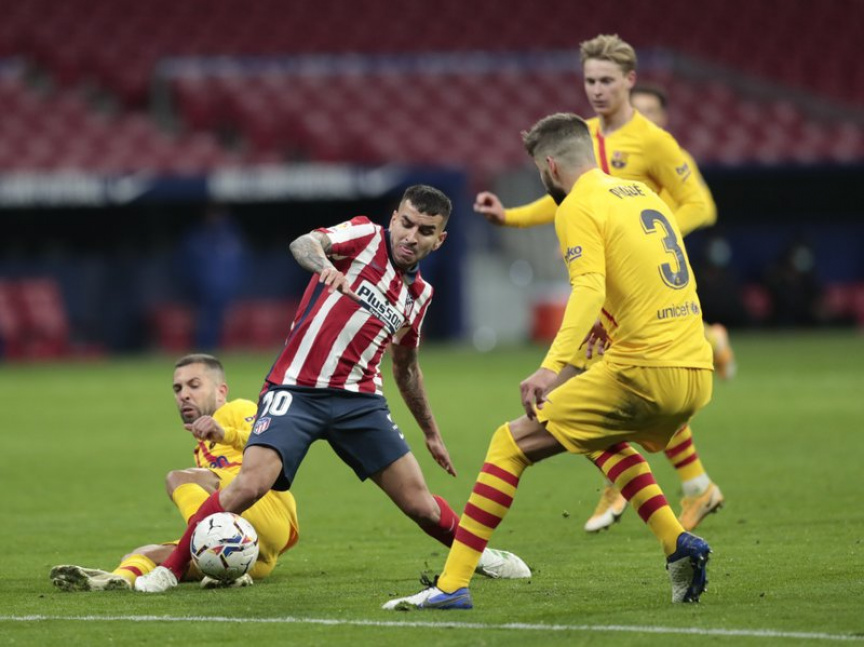 MADRID (AP) — With Real Madrid and Barcelona continuing to struggle, Real Sociedad is doing its best to stay among the teams challenging the two powerhouses for the Spanish league title.

Sociedad remained in good form after the international break with a 1-0 win over Cádiz on Sunday for its sixth straight league victory and a three-point lead at the top of the standings.

Alexander Isak scored in the second half as Sociedad seized the outright league lead after 10 matches. Sociedad reached 23 points to move ahead of Atlético Madrid, which on Saturday beat Barcelona 1-0 at home for its fifth straight win. Atlético has played two fewer games than Sociedad.

Third-place Villarreal has 19 points after drawing 1-1 with fourth-place Real Madrid at home on Saturday. Madrid has 17 points and a game in hand. Barcelona dropped to 12th place after the loss to Atlético. The Catalan club has two games in hand but has only one win in its last six league matches. Madrid has lost two in a row.

“It’s a good run and we are still in the lead, but we are not really looking at the standings right now,” Sociedad’s Isak said. “We are only focused on winning the three points.”

The 21-year-old Swedish striker netted the winner with a header from close range after a well-placed cross from Adnan Januzaj in the 66th minute at the Ramón de Carranza Stadium in Cádiz.

Led by former Spain and Manchester City playmaker David Silva, Sociedad dominated from the start but struggled to capitalize on its scoring opportunities. Isak had already seen a goal disallowed for offside in the first half.

It was the second defeat in a row for Cádiz, which is playing in the first division for the first time since 2005-06. It is fifth with 14 points from 10 matches.

“We knew they came into this match in good form and as the leaders,” Cádiz defender Marcos Mauro said. “We fought as hard as we could but in the end it wasn’t enough.”

After a winless start, Valladolid won its second game in a row with a 3-1 victory at sixth-place Granada, while eighth-place Valencia rallied to draw 2-2 at Alavés. Manu Vallejo and Hugo Guillamón scored Valencia’s goals in the 72nd and 77th minutes after the hosts took an early 2-0 lead.

Eibar and visiting Getafe couldn’t manage more than a 0-0 draw at Ipurúa Stadium. Eibar played the final minutes a man down after Kike García was shown a second yellow card.

Bale plans on returning to Real after Tottenham loan

Dest, Messi get 2 each for Barca