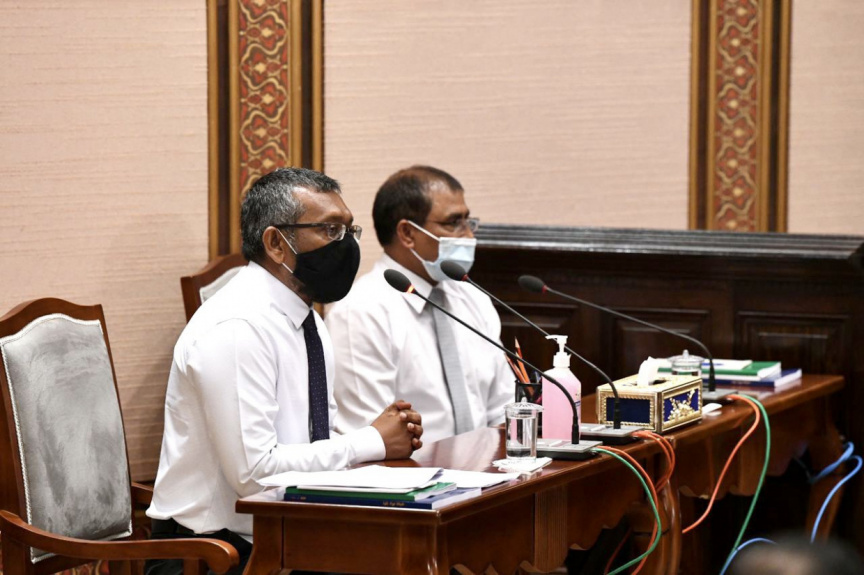 Economic Minister Fayyaz Ismail has estimated that USD 15 million could be acquired by the state as acquisition costs of islands under the concept of private islands.

“Under this law, the wealthy are provided these private islands for personal use. This is something commonly done throughout the world, in a good model. Can estimate a large revenue from a few islands as a limited edition.” Said the Minister who added that the Tourism Ministry was in discussions with interested parties abroad even now.

“The belief is that USD 15 million could be earned as an acquisition fee from an island of three to four hectares. Around half a lakh of dollars could be obtained to reduce state debt by leasing 20 or so islands for the long term.” Said the Minister.

Some parliamentarians have spoken out against the stipulation of a fully state-owned company to undertake this. The reason for the voicing of concern by parliamentarians was that it paved the way for corruption.

Minister Fayyaz attempted to clarify this by saying that the government was not proposing the formation of a new company and that existing companies can also do it.

Tourism Minister Dr. Abdulla Mausoom during the meeting said that even though the concept was new to the Maldives, it was visible elsewhere.

Minister Mausoom clarified that the islands for the concept are to be reclaimed and would not be carried out on existing islands. Land rent and businesses conducted on the islands would generate revenue for the state, according to the Minister.

Amendments proposed to the Act include the development of 85 islands which have been up for development for a long time and providing the opportunity for local businesses to enter the market through integrated resorts.