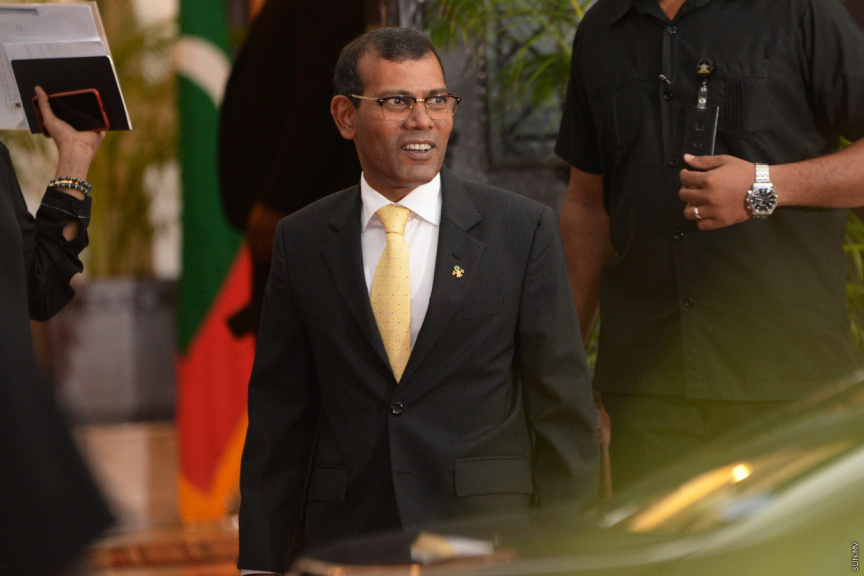 Parliament Speaker, former President Mohamed Nasheed said on Sunday that the future for Maldives Police Service is hopeful with the enactment of Police Act.

The Police Bill, with provisions to enable the dismissal of high-ranking police officers, was ratified by President Ibrahim Mohamed Solih on Sunday.

In a tweet in response to the move, Nasheed said new law has revisions desperately desired many within Maldives Police Service and many of the Maldivian people.

“The Maldives police have a hopeful future ahead with this,” he said.

According to the new law, the Police Board is required to investigate and make a decision regarding the dismissal of police officers ranked superintendent and above who have allegations against them, except for the Commissioner of Police, within four months the Board is established.

The Police Board is mandated to investigate police officers accused of inhumane acts, undue influence and corruption. They will retain their position until the Board makes its decision.

The new law also declares criteria the Board must take into consideration when it makes its decisions, including education standard of the police officers in question, their code of conduct, their role within the police force, the duration of their service, and the nature of the allegations against them.

'I also wish to find these flats, if they are missing'

Anni to EC: Stop being petulant, hold LCE as scheduled

Huge portion of next 14 day income are loan repayments