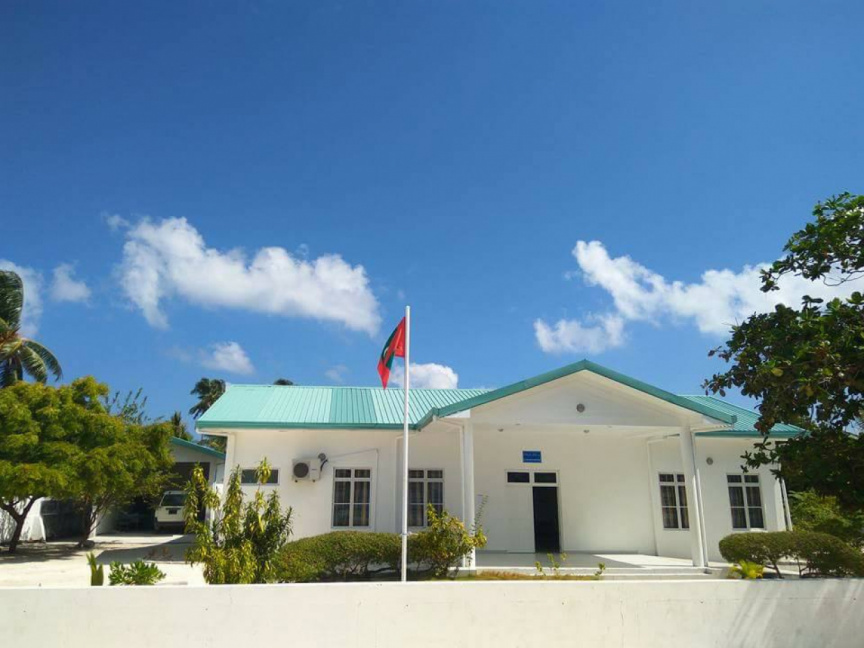 Multiple employees at the health center and pharmacy in G. A. Dhevvadhoo have been placed under quarantine in connection to new COVID-19 cases in the island, leading to disruptions in healthcare services.

Dhevvadhoo Council’s president Ibrahim Thaufeeq told Sun that some of the employees at the STO pharmacy and the health center in the island have been identified as direct contacts of the new cases, leading to them being placed under quarantine.

He said it is causing disruptions to healthcare services in the island.

“The STO pharmacy is now closed, with the sole employee there having been placed under quarantine. There’s no way to release pharmaceuticals,” he said.

Thaufeeq added that the only local employee currently on duty at the health center is the manager.

The exact number of health center employees placed under quarantine is unclear at this point.

Thaufeeq said that since the community outbreak was discovered in Dhevvadhoo, the health center had been operated with services from four employees from the local council, two foreign doctors, a nurse brought in from another island, and an official from Health Protection Agency (HPA).

“The only people on duty at the health center at this time are a technician, a doctor, and a manager,” he said.

Thaufeeq said the council is discussing with the relevant authorities to find solutions to the difficulties as soon as possible.

The 39 confirmed cases in Dhevvadhoo includes a 70-year-old, who has been transferred to the G. A. Vilingili COVID Facility.

Thaufeeq said that everyone who tested positive from Dhevvadhoo are in stable condition.

Dhevvadhoo identified its first case on December 24, when a person in home quarantine after travelling from Male’ tested positive. While initial reports suggested the outbreak in Dhevvadhoo may have originated from the patient, HEOC recently stated that they believe it more likely the outbreak had taken place prior to the case.

Cases linked with Dhevvadhoo have been confirmed in L. Fonadhoo, Hulhumale’, G. A. Vilingili and G. A. Dhevvadhoo.

COVID-19 cases in Dhevvadhoo rise to 18

Dhevvadhoo under monitoring, 10 positive for COVID-19