Young man injured after getting trapped under glass pallet dies 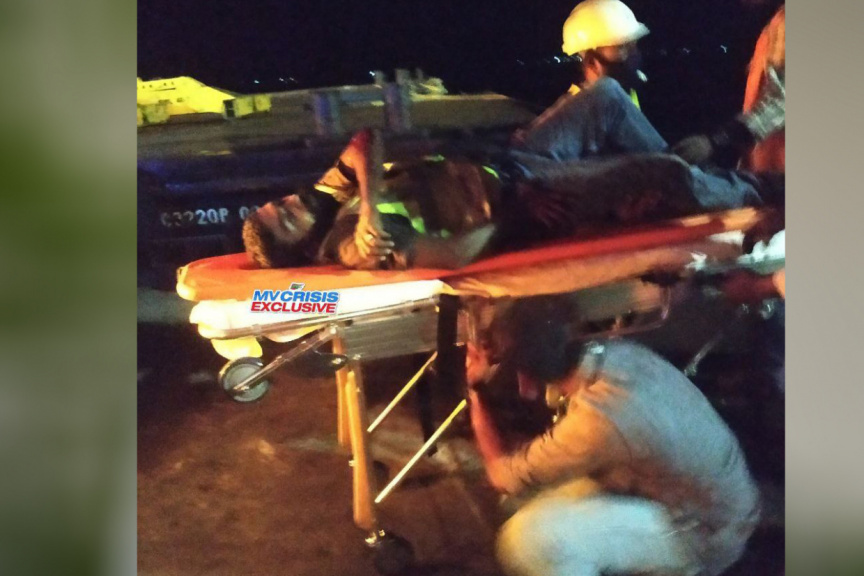 Two MPL workers are transferred to the hospital following an accident at the Male' Commerical Harbor on January 7, 2021. (Photo/MV Crisis)

One of the men injured after getting trapped under a fallen glass palett has passed away while receiving treatment for his injuries at the intensive care unit of Indhira Gandhi Memorial Hospital in Male’.

The deceased has been identified as Abdulla Asim, 27, Feyrugasdhoshuge, N. Landhoo. He was one of two Maldives Ports Limited (MPL) workers injured in an accident at the Male’ Commercial Port on January 7.

MPL has previously stated that the accident took place as workers attempted to lift a glass pallet from a container using a forklift. The pallet tipped over, trapping two workers underneath.

IGMH confirms Asim passed away at 05:40 am on Saturday.

MPL’s housing units to be handed over early 2022

2 patients at Vilingili facility being moved to Male'