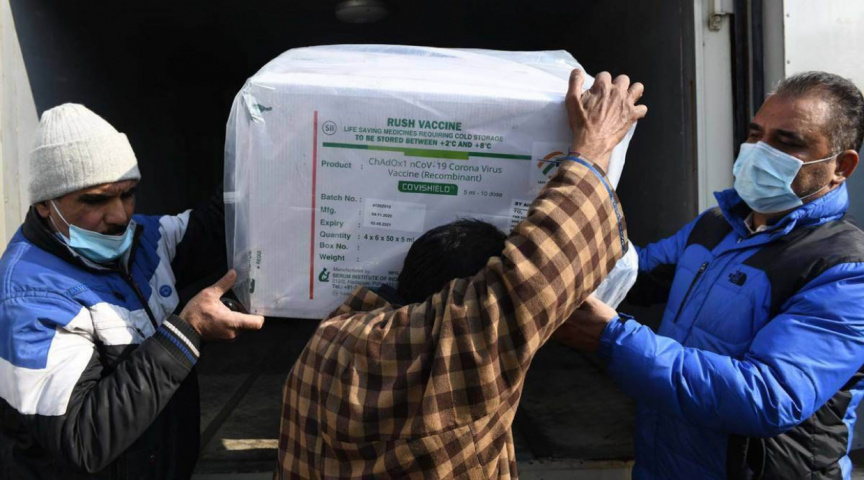 India is scheduled to send a shipment of 100,000 doses of the Covishield vaccine developed by Oxford and AstraZeneca to Maldives.

Parliament Speaker, former President Mohamed Nasheed announced in a tweet that the shipment of Covishield vaccine produced by India’s Serum Institute will arrive in Maldives on an Air India flight at later this Wednesday.

The flight is scheduled to land at the Velana International Airport at 02:00 pm.

Indian press report India has granted all necessary approvals to Maldives, making it the first country to receive a shipment of the Covishield vaccine outside of India.

The vaccine sent by India are scheduled to be administered to frontline workers and the elderly.

Nasheed said in his tweet that the vaccine shipment is “a gift from India”.

He thanked Indian Prime Minister Narendra Modi and the Indian government for the assistance, stating that India has always been the first to rise to Maldives’s aid in all crises the country has faced, from the 1988 coup, the 2004 tsunami, the 2014 Male’ water crisis, and the current COVID-19 pandemic.

Nasheed said that the vaccine shipment marks “the beginning of the end of this terrible virus” for Maldives.

India is also scheduled to send vaccine shipments to Bhutan, Bangladesh, Nepal, Myanmar and Seychelles this Wednesday, while the date on which vaccine shipments will be sent to Sri Lanka and Afghanistan remains uncertain as they have yet to complete the approval process.

India has approved emergency use of the vaccine produced by Oxford-AstraZeneca and the locally made Bharat vaccine.

Maldives suspended provisions of the Public Finance Regulation to sign an agreement with AstraZeneca to procure their vaccine back in December.

India to develop a harbor, dockyard in UTF naval base