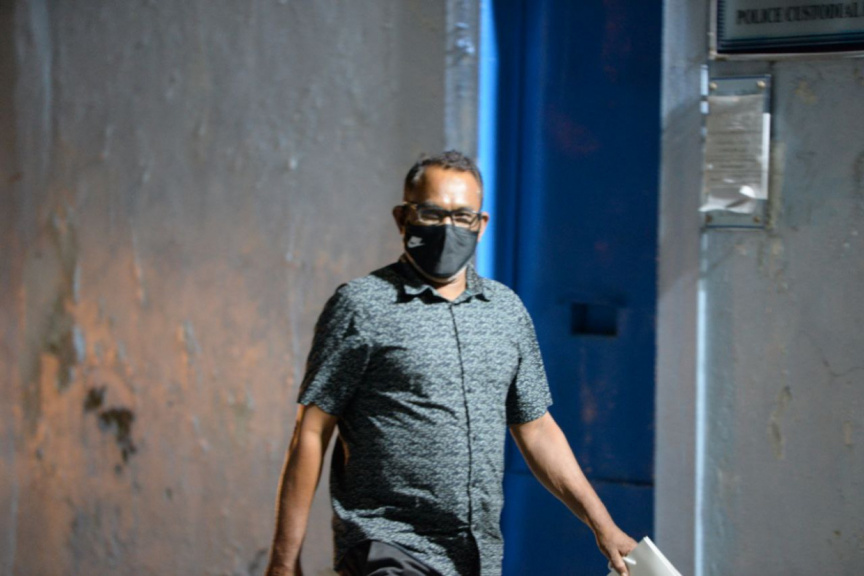 People’s National Congress (PNC) leader Abdul Raheem Abdulla (Adhurey) and deputy leader Ibrahim Shujau, who were arrested along with a number of other anti-government protesters demanding for the postponed local council elections to be expedited on Monday, have been released from police custody.

Speaking to press following his release on Monday night, Adhurey said he was treated well by the police, but alleged that it wasn’t how the senior police wished to treat them, as they wanted to detain the protesters at the Dhoonidhoo Custodial.

Adhurey said that the Commissioner of Police Mohamed Hameed should not assume that arresting them can disrupt their political activities.

He said that Progressive Party of Maldives (PPM) leader, former Maldivian President Abdulla Yameen Abdul Gayoom has been imprisoned for over a year, and that they were ready to face four years in prison in the fight to protect his rights.

“This team has been here since we left home at 11 am today. This signifies that we are tireless. We shall persevere in our patriotic duty,” he said.

Adhurey said that the police and military too, wish to free Yameen and bring him back to power.

PPM states the police took 24 protesters into custody, including Adhurey and Shujau. Many have since been released.

Opposition: President’s address nothing but lies