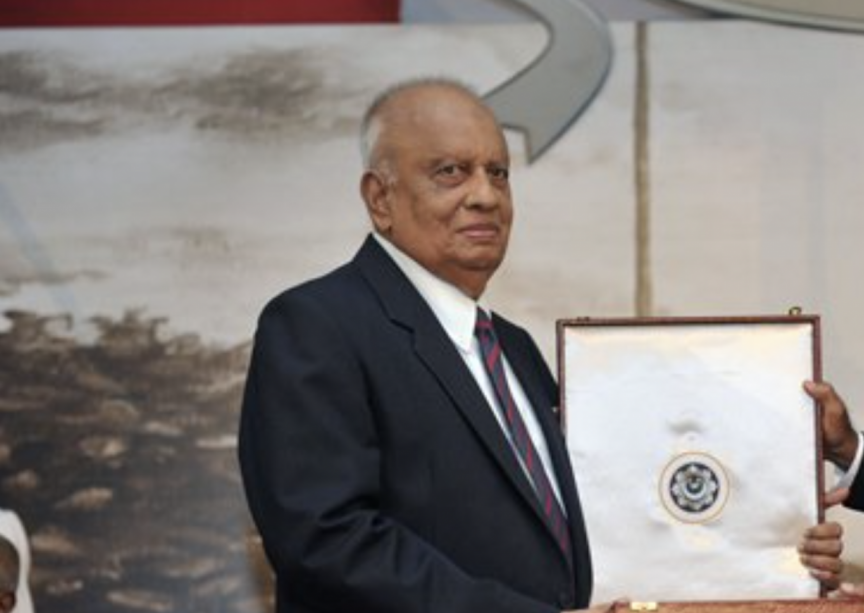 Ibrahim Rasheed (Karanka Rasheed): He passed away at the age of 92 years on January 31, 2021. (File Photo/President's Office)

Ibrahim Rasheed (Karanka Rasheed) - conferred the Order of the Distinguished Rule of Izzuddin for over half a century of public service - has passed away at the age of 92 years.

Karanka Rasheed, who dedicated more than 65 years to public service, passed away in Male’ earlier this Sunday.

Karanka Rasheed began his career in public service in November 1942, as a secretary at the Bodu Store – which later evolved into State Trading Organization (STO).

He later went on to serve as secretary to Mohamed Ameen Dhoshimeynakilegefaanu – the first president of Maldives, Deputy Home Minister, Home Minister, and Health Minister.

He also served the Parliament, and on the President’s advisory council.

He also played a pivotal role in beginning English medium education in Maldives, in opening a government hospital and health centers in the atolls, in developing the national airport, and in all national projects to develop transport and telecommunication infrastructure at the time.

Karanka Rasheed was conferred the Order of the Distinguished Rule of Izzuddin for his invaluable service to the State and people of Maldives in 2011.