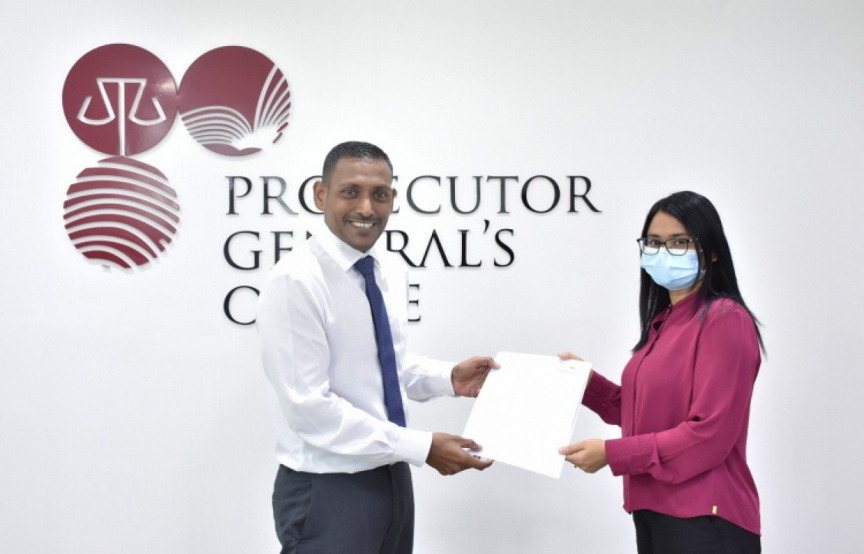 She was presented with her letter of appointment by Prosecutor General Hussain Shameem this Thursday.

Fezleen began her legal career as an Assistant Public Prosecutor at the Prosecutor General’s Office on May 13, 2009, and has served in the office uninterrupted since then.

Fezleen has a Bachelor of Law and Sharia from Maldives College of Higher Education’s Faculty of Sharia and Law, and a Master of Comparative Law from International Islamic University, Malaysia.

She has also attended multiple seminars and undergone multiple trainings in the legal field.

Agreement signed with Executors was not AG recommended