Allegations of resort developers burying trees for landscaping in Madifushi 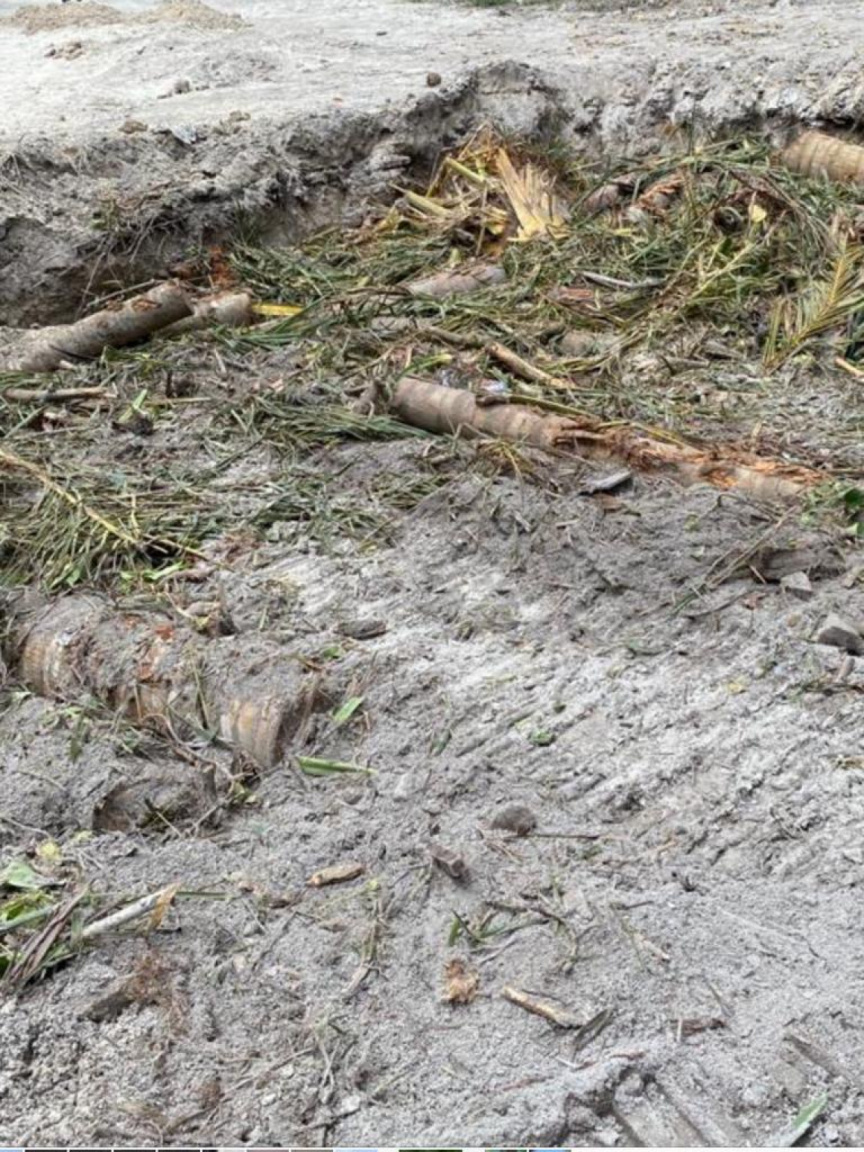 Coconut palm trees allegedly being buried after being cut down as part of the landscaping work of M. Madifushi which is under development by the Maldives Inflight Catering Private Limited.

Allegations that the developers are illegally burying palm trees cut down in a resort under development in M. Madifushi have surfaced.

The coconut palm trees are allegedly being buried after being cut down as part of the landscaping work of the island which is under development by the Maldives Inflight Catering Private Limited. The company was awarded the island in 2013.

Photos received by Sun, show palm trees being buried under the sand. Sources have also stated that no new palm trees are being planted after the trees were cut down.

Sun contacted Steve NG, the General Manager of the Maldives Inflight Catering Services and Hulhule Island Hotel for a comment regarding the allegations. He denied the allegations and said that the palm trees were simply being relocated to another location as part of the landscaping works. Steve also said that USD 300 was being spent on relocating each tree.

Evidence obtained by Sun, however, shows a different picture, which shows palm trees being buried in a pit.

Environmental Protection Agency (EPA) Director General Ibrahim Naeem said regarding the allegations that trees can only be relocated under the stipulations of an Environmental Impact Report (EIA).

Regulations for the purpose are very clear. The regulations state that any trees cut down under a tourism development project or for construction purposes, are permitted under a special permit from the Tourism Ministry. Two trees are to be planted for any such trees cut down, and shortage of space for the replanting must be documented and presented to the Ministry as evidence, which can then exempt the developers from the process. The regulation prohibits cutting down older trees and trees of rarity found in the Maldives.

The apparent violation of the regulations in Madifushi, comes not long after the Gili Lankanfushi resort was accused of attempting to destroy a natural sandbank formed in the lagoon the resort shares with K. Hinmafushi.