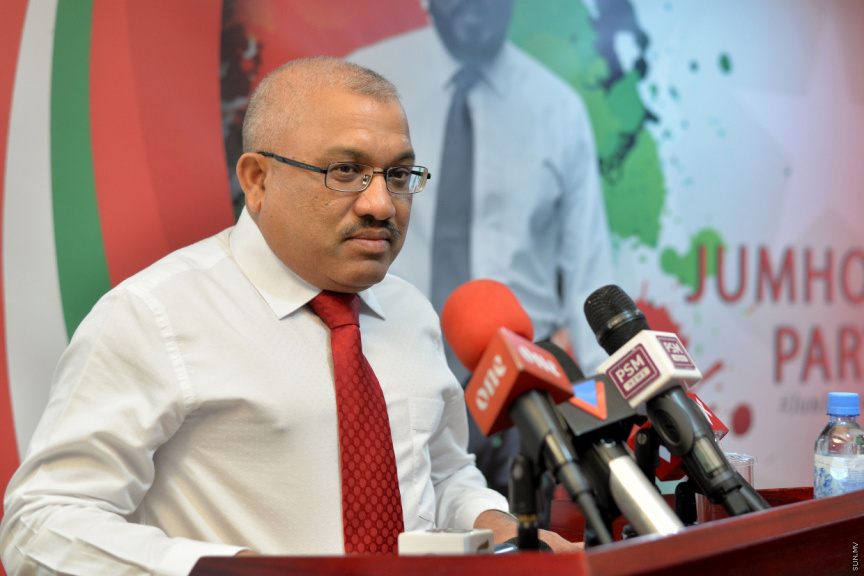 Supreme Court has issued a temporary order barring former Vice President and Finance Minister Abdulla Jihad from leaving the country, as it makes its decision regarding the appeal filed by the State over the decision of the High Court to overturn a previous travel ban order.

Jihad was charged with using the influence of his position to obtain or confer an undue advantage in a manner which precludes an advantage to state where a benefit exists following an investigation into a project to develop K. Fushidhiggarufalhu as a special tourism zone.

After Criminal Court began pretrial hearings in the case, Jihad filed a motion requesting permission to travel overseas for medical care. The motion was objected by State which argued that Jihad was a flight risk. And the Criminal Court Judge Mohamed Sameer decided on December 24, 2020, not to grant him permission to leave Maldives. He also issued an order to confiscate Jihad’s passport until January 20.

The High Court’s decision was appealed by the State with the Supreme Court, which has scheduled a hearing in the case for 07:00 pm this Monday.

The Supreme Court also granted a temporary travel ban order on Jihad at the request of the State on Sunday, barring him from leaving the country until the court makes its decision.

The court has therefore ordered for Jihad’s passport to be seized until the court makes its decision, or instructs otherwise.

Over 4,800 tourist arrivals on Sunday