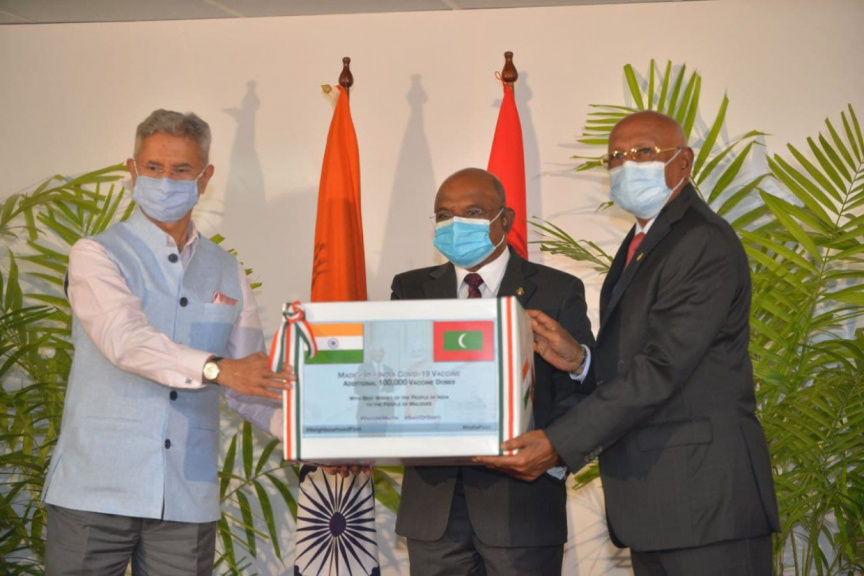 India has donated 100,000 additional doses of the Covishield vaccine developed by Oxford and AstraZeneca to Maldives.

The donation was handed over by Indian External Affairs Minister Dr. S. Subrahmanyam Jaishankar during his visit to Maldives on Saturday evening.

It was accepted on behalf of the Maldivian government by Maldivian Foreign Minister Abdulla Shahid and Health Minister Ahmed Naseem.

The latest donation comes after India provided 100,000 doses of the Covishield vaccine produced by India’s Serum Institute in January. The doses are being used in Maldives’ vaccine campaign which was rolled out in February. Over 64,000 people have been inoculated under the campaign so far.

Maldives has also ordered 700,000 more doses of the Covishield vaccine – which is expected to arrive in Maldives in March.

However, the Maldives has yet to begin administering the Sinopharm vaccine, which has yet to be approved by Maldives Food and Drug Authority (MFDA).

WHO panel OKs emergency use of Sinopharm vaccine