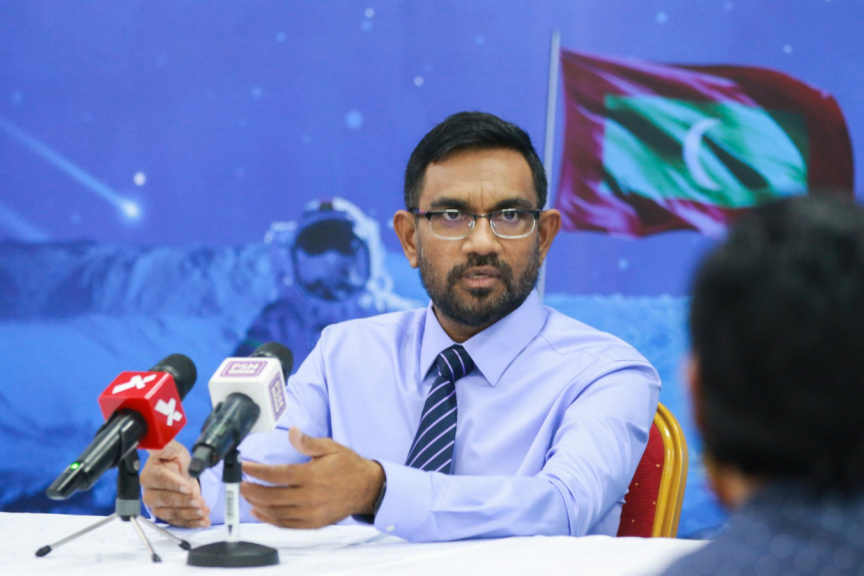 IGS said the satellite will be used to research global warming and climate change.

IGS signed an agreement with America’s KSF Space Foundation for the supply of hardware and provide technical support to launch the satellite back in March.

According to the terms of the agreement, the KSF Space Foundation will also assist IGS select a country from where the satellite with be launched, and gain approval to use the country’s airspace for the launch.

IGS’ Chairman and CEO Rifath Mohamed said they have secured funding for the mission, and is ready to begin building the prototype satellite.

“The opportunity for youth who wish to take part in the mission will be opened soon. The satellite will be built, and the entire mission will be led by Maldivian youth. We will provide the necessary training,” he said.

Members of the KSF Space Foundation include experts from NASA, European Space Agency, and SpaceX.

Under an agreement between IGS and KSF Space Foundation in October last year, a team of experts from America will train 12 Maldivians on designing satellites, launching satellites, and scientific research.

Bezos will blast into space on rocket’s 1st crew flight