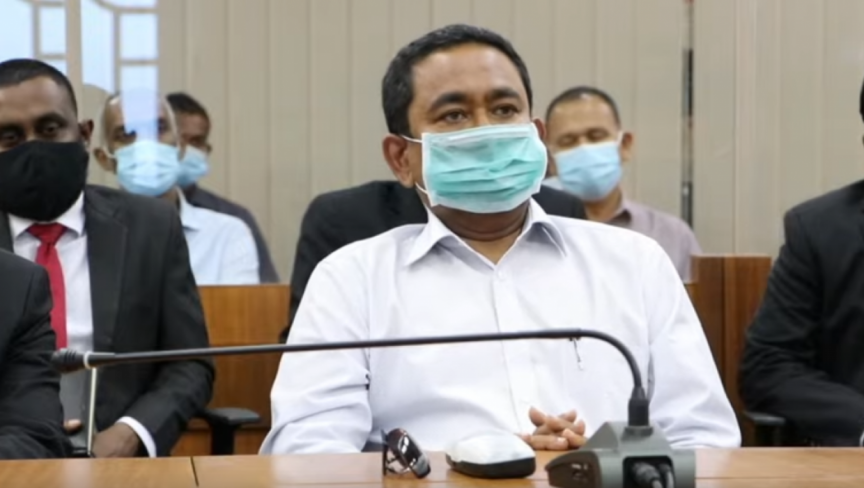 Former President Abdulla Yameen during the sentencing hearing of hsi appeal case in the High Court on January 21, 2020.

The Supreme Court of the Maldives has accepted the appeal case of ex-President Abdulla Yameen's five-year jail sentence for money laundering.

The former President was found guilty of money laundering in 2019 in relation to the acquisition costs of GA. Vodamulla, one of the islands leased during the massive MMPRC corruption scandal.

A member of Yameen's legal team, Attorney Adam Shameem tweeted last night that the top court of the Maldives had accepted the case and that all related documents had been submitted to the court.

President Yameen is also facing different charges of taking bribes and money laundering in relation to the island of R. Fuhgiri. Hearings in the case are now underway at the Criminal Court.

Police are still conducting investigations into Yameen's dealings with several other islands and the ex-President has been brought in for questioning from prison on several occasions.